Exeter’s Odeon cinema was built in 1937 and remains the city’s biggest and most popular cinema today. Our primary source of choice was an extract from the Exeter Memories website – a recount of the unfortunate bomb damage Exeter suffered during the war, and the Odeon’s remarkable survival, with an accompanying photograph. 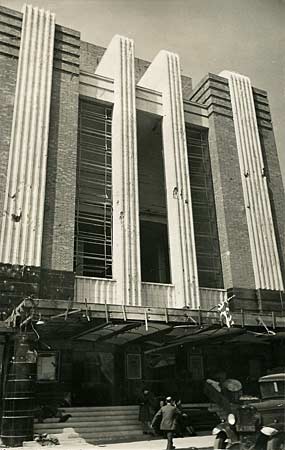 On the 4th of May 1942, just a few years after the Odeon’s opening, Exeter’s city centre suffered devastating damage from a key air raid of the ‘Exeter Blitz’ during World War II, and the cinema was not spared. Although, luckily, where most of the Odeon’s home, Sidwell Street, was razed to the ground, it itself remained standing; there was only relatively light structural damage, as indicated in the picture. The area around it had been bombed to the point that “you could stand by the Guildhall and see the Odeon cinema” – a distance of 1.1 miles. Sidwell Street and the High Street had been bombed by up to ¾ of a mile, and locals, such as Sylvia Hart, recalled that “Exeter wasn’t Exeter anymore”. Nonetheless, despite the damage being comparably light, the Odeon did not reopen until 1954 – taking 12 years to fully repair. 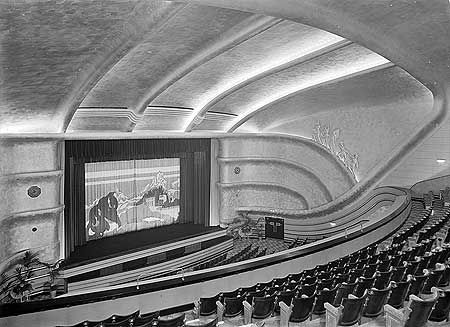 Yet, despite the damage the Odeon received, the cinema remained popular amongst Exeter residents, particularly for the remainder of the war, when morale was low. The Odeon also put on talent shows during the intervals for locals and servicemen to perform on the stage. The cinema would regularly invite up to twenty wounded servicemen every Saturday, free of charge to the cinema. On Sunday 16 May 1943, the City Council presented the Battalion Flag to the 1st (Loyal City of Exeter) Battalion, Home Guard at the County Ground. The event was filmed by British Gaumont News who quickly edited it for showing the next week at the Odeon. 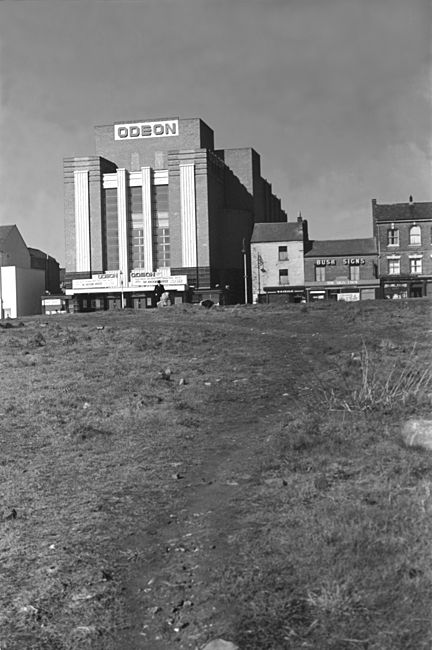 By any means, the Odeon has carried on as it began – anything but humbly. In Exeter, it all began with Errol Flynn in ‘Charge of the Light Brigade’ in 1937 with 1,176 seats in the stalls and 744 in the circle (totalling 1,920), and its popularity hasn’t ceased to this day. Perhaps as Exeter audiences flock to see the latest World War II biopics on an Odeon screen, they might remember that the cinema itself is part of that same history.