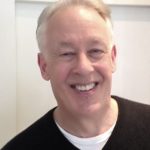 John Vincent is one of our speakers at our day of talks on LGBTQ+ history. John has worked in the public sector since the 1960s, primarily for Hertfordshire, Lambeth and Enfield library services. In 1997, he was invited to become part of the team that produced the UK’s first review of public libraries and social exclusion (from which The Network that he currently coordinates originated).

John runs courses and lectures, writes, produces regular newsletters and ebulletins, and lobbies for greater awareness of the role that libraries, archives, museums, and the cultural & heritage sector play in contributing to social justice.

He is particularly interested in supporting the work that the cultural sector does with LGBTQ people, with young people in care, and with ‘new arrivals’ to the UK.

In February 2014, John was given a CILIP CDEG Special Diversity Award, and, in September, he was awarded an Honorary Fellowship of CILIP.

“Through using my personal ‘story’, this presentation will outline how libraries can support LGBTQ people, especially in their coming out, and will emphasize their positive role in people’s lives.”