The medium of cinema first appeared in the mid 1890s. It began as short moving views presented as a novelty, and has now developed into a multi-billion dollar international industry. Though often overlooked by the masses, early cinema provides a wondrous insight into both socio-cultural views at the time of the filming, as well as demonstrating techniques and styles that have shaped our movies today.

The challenges film historians face whilst studying early cinema can really be narrowed down into two categories – the first being a lack of period-specific social or historical awareness, and the second simply being the fact that early cinema is incredibly different to what cinema is now.

In order to fully understand and appreciate early cinema, film historians must study the time period the films were made – providing context and clarity. This is done through extensive research which should be done in different methods to limit historian bias. The most common method would be to read and study the time period – both from a cinema-centric perspective, and also from a socio-cultural one. This allows a fuller understanding of the films and the filmmakers’ perspectives.

The second main issue would be simply that cinema has changed immensely since its conception. Films are meant to convey a message to an audience of the time, and 21st century film historians don’t fit that bracket. Back when moving pictures first became a thing, they were highly regarded for literally being moving pictures, and very early cinema didn’t even have a narrative (eg. Le Repas de Bébé [Baby’s Lunch] by the Lumière brothers). 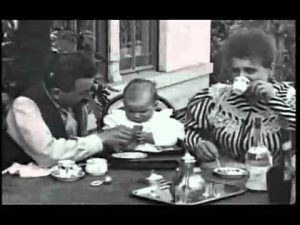 Because of this, early cinema can easily be regarded as mundane to the modern eye – and audiences can lose attention quite quickly, especially when the film is longer. This mindset also extends to silent films. Most audiences of the 21st century have been exposed almost exclusively to films featuring sound, meaning that silent early cinema is a deviation from the norm.

That said, one of the most surprising things about the material viewed thus far would be the ability to capture a modern audience’s attention. Shots are creative and experimental, and it’s incredibly interesting to see the rapid development of cinema from short clips like that of a train entering a station (Lumiere 1896) to the full length Fantomas (Feuillade 1913-14). This development of film as almost a gimmick into an art form complete with varying styles internationally and filmmaker specific tropes in such a short time is incredibly astonishing given the fact that it rose from nothing into something that spanned continents and allowed made millions.

Though sometimes confusing and mundane, we as film historians need to recognise the importance of early cinema not just in the sense of it leading to where we are today, but also in the sense that it has had a significant part of shaping history as we know it.