Schools will be selected based upon ‘maximum variation’ (selecting schools each with different characteristics from each other) so as to try and to represent the pluralistic society which Britain has become. Each school selected will be based upon their region (i.e. South West, London, North East etc.); school type (i.e. Academy, Free School, Community Special School etc.), and whether the school has a religious affiliation or not (i.e. Church of England, Jewish, Roman Catholic, No faith etc.).

The results from this project will be shared with participating schools and teachers and other educational organisations, which could be used to help with the requirement to actively promote ‘fundamental British values’. It is hoped that the outcome of this research will contribute towards national policy by sharing schools experiences within each schools own context.

Currently, 142 out of 3326 state-funded secondary schools in England have been carefully selected based upon ethical considerations and their unique characteristics. Each of these schools has been written and emailed to asking if they would like to take part in this project.

Context - What the literature says

Since 2014, all state-funded schools (including academies) in England are required to promote the four fundamental British values: rule of law; individual liberty; democracy; and mutual respect and tolerance of those with different faiths and beliefs. These values appear to originate from the 2011 Prevent strategy, part of Contest, the government’s counter-terrorism strategy, which states that ‘Extremism is vocal or active opposition to FBV’. In 2014, a national newspaper reported that there was alleged evidence, via a letter, of governing bodies of some schools in Birmingham being over taken over by Islamic fundamentalists. Although the ‘Trojan Horse’ letter was deemed a fake, the government investigated 21 schools in Birmingham, led by Counter Terrorism Command. No evidence of radicalisation was found but the investigation concluded that some individuals associated with the schools neglected to challenge extremist views.

The effect of this investigation resulted in the creation of new policies, on-the-spot Ofsted inspections and new guidance on Spiritual, Moral, Social and Cultural development (SMSC) stating that schools are to ‘actively promote FBV through SMSC’. As SMSC was a whole school responsibility, the new advice around promoting FBV became cross-curricular, embedding FBV in all aspects of pupils’ personal development, whilst becoming subject to Ofsted inspections ensuring compliance with the guidance, making the FBV agenda high stakes. Teachers and school staff were expected to report students that they perceived to be at risk of radicalisation so that intervention could be made, making teachers instruments of surveillance. The FBV agenda became a source of controversy amongst some schools, teachers and religious groups expressing a binary of ‘us and them’.

Who's involved in this project?

Doctoral Researcher and Principle Researcher for The Lost in Translation Project 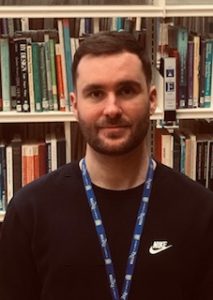 Warren is a Doctoral Researcher at the University of Exeter who is funded by the Economic and Social Research Council (ESRC) and University of Exeter to complete his PhD on how state-funded schools and teachers in England perceive and implement fundamental British values. Warren has extensive educational experience and expertise as a teacher of Physics around schools in the North West, North East and South West. Warren also has experience working with teachers as an Equality Officer and still gives teachers and schools advice around equality matters. Warren's educational research interests lies with educational policy and reform, values and moral education, equality in education, curriculum theory, extremism and radicalisation in schools, citizenship, PSHE and religious education and emergent methodologies.

You can find more out about Warren by clicking here. 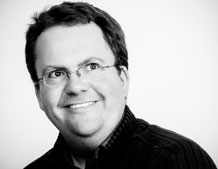 You can find more on Professor Rob Freathy by clicking here. 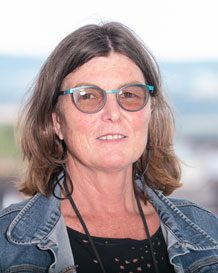 You can find more on Dr Deborah Osberg by clicking here.