We blog here about 1914FACES2014, an international project funded by the EU scheme INTERREG, for cross-border cooperation. We are a UK team (led by David Houston Jones at the University of Exeter) and a French team (led by Professor Bernard Devauchelle, Institut Faire Faces, Amiens). FACES aims to analyse how the mutilated face of soldiers injured during the Great War significantly influenced medical practice, social and political history, the arts and philosophy. In particular, we consider how the radically new forms of surgery pioneered during WWI owe a debt to artistic practices and practitioners and, conversely, how the cultural legacy of les gueules cassées continues to shape our experience and perception of disfigurement.

The project 1914FACES2014 was selected under the European Cross-border Cooperation Programme INTERREG IV A France (Channel) – England, co-funded by the ERDF. 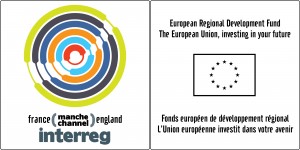