This week the Centre for Ecology and Conservation is celebrating our research and teaching about primates. Keep reading to find out more about some of our closest living relatives!

Dr Kim Hockings, her students and collaborators from Oxford, celebrated #WorldChimpanzeeDay on 14th July. Throughout the day they shared their videos on chimp behaviours, such as tool use, food sharing, play, as well as discussing the threats chimps face and the ways in which conservation can help. They also celebrated the vital role local research assistants play across Africa in improving our understanding of chimpanzee behaviour and how to protect chimpanzees and their habitat. The team collaborated with the University of Oxford Primate Models for Behavioural Evolution Lab and The Bulindi Chimpanzee & Community Project on Friday 17th July and hosted a live Q&A in celebration of the event, which you can watch below.

Posted by University of Exeter Centre for Ecology & Conservation on Friday, 17 July 2020

Samantha Salt is an MSc student (and former undergraduate) in the CEC, studying the biodiversity of Cantanhez NP, one of the last chimpanzee strongholds in Guinea-Bissau. She’s put together this fantastic film showcasing the amazing encounters our undergraduate and masters students have had with primates on University of Exeter field courses and expeditions.

Abi Gwynn is currently completing a Masters By Research in the CEC. After being a part of a research expedition to Borneo in the summer of 2017, she knew she had to go back to contribute to the protection of probably the most famous animal in Borneo, the orangutan. So she devised a research project to understand the effects of how fire, one of the least-studied but most imminent threats, on orangutans in Central Kalimantan. Read about her research here. See some of Abi’s amazing photos below!

Cameron Goodhead is following up his undergraduate degree in the CEC with a Masters by Research with us as well. He’s studying how to best use drones to survey wild orangutan populations in Borneo. You can read more about his research in this interview.

One of our MSc students, Charlotte Morgan, has been watching baboons floss their teeth with broom bristles, their own hair, and even hair from each other’s faces. It’s thought that the baboons don’t just want squeaky clean teeth, but that the behaviour might be an important social interaction. Charlotte has been studying how baboons learn to floss from each other, and finds that some baboons are better learners than others. Read about her research here.

Humans, Homo sapiens, are fascinating primates! Our scientists have been studying how humans think, behave, and make decisions. The CEC’s Professor Alex Mesoudi has been talking to the BBC about the wisdom of crowds – the idea that collective judgements lead to the right solution. Alex has also been studying cross-cultural psychology: how the culture a person comes from can fundamentally affect the way they process the world. Read about his work revealing how immigrants and their children have their thinking shaped by the culture in which they’ve settled.

Alcohol and Our Primate Ancestors 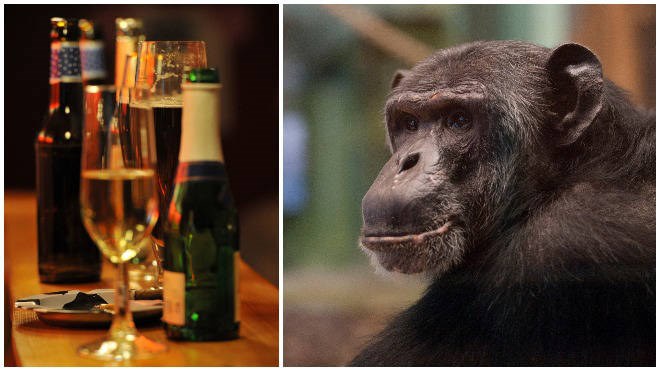 Alcohol tolerance may have saved our primate ancestors from extinction, suggests a book co-edited by the CEC’s Dr Kim Hockings. Even today we see great apes eating fermented fruit and even drinking palm wine produced by humans. The reason may lie 10 million years in our past. Read more here. 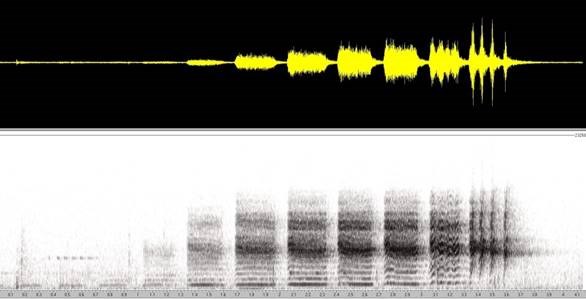 Galagoides kumbirensis is a dwarf galago discovered by the CEC’s Dr Hellen Bersacola in Angola in 2013, along with colleagues at the Nocturnal Primate Research Group (NPRG), Oxford Brookes University.

The loud calls of galagos have unique species characteristics and that of G. kumbirensis starts similar to other dwarf galagos with a crescendo, but then it ends in a “twitter”. This species is also unusually large compared to other species in the same genus.  Listen to the call here!

Primates in the Pet Trade

Tamsin Harper, who has just graduated with a BSc in Zoology and continues to stay with us for her MRes, recently published a poignant comic to communicate to younger audiences, the plight of primates in the UK pet trade. The project has been given to the WildFutures Primate Santuary for use in their campaigns. You can read her comic here.

Couldn’t have wished for a better first day of the #scotland #rewilding fieldtrip with @UniExeCEC The highlight being 2 adult white tailed eagles and their juvenile. Another dream spp. ticked off my wish list 🦅 @BrendanGodley @StuBearhop

The southern leg of #ExeterRewildingFC has relocate to Salisbury Plain! Today we visited @bustardgroup and the release site for @NaturalEngland's controversial Hen Harrier reintroduction project to discuss the often thorny issue of species reintroductions.