We have had a very busy time with the ExDxFilms over the past few weeks! On 7th November we showed the films to a mixed audience as part of the Wellcome Centre for the Cultures and Environments of Health public event ‘Researching Disability and Impairment: Creativity, Engagement and Social Change’. Organised by Charlotte Jones and Luna Dolezal, and held at the Royal Albert Memorial Museum (RAMM) in Exeter, it was a fascinating event with presentations and discussions touching on a variety of issues, from the ethics of research data to the experience of ‘time’ in the context of ‘medical waiting’.

We were extremely fortunate that Eddie Callis and his mother Jacqui were able to travel up from Cornwall to take part. In answer to questions posed by his mother, Eddie spoke about his experience of taking part in the production of the ExDxFilms and how he has continued with the art of animation. Bringing along both paper artwork and animation on his lap-top, Eddie showed us how he is producing an ebook to describe some of the challenges he faces in his daily life, including certain ‘triggers’. Eddie also delighted us by sketching through the afternoon producing some wonderful outlines of people, beautifully capturing their personas with just a few well-placed lines. Below is an example his work. 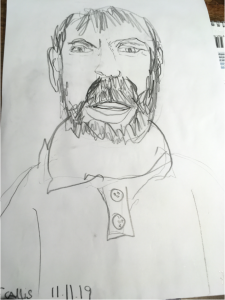 Just a few days later on the 11th November Eddie joined us once again, this time at an early evening showing of the films at the Cornwall Film Festival in Falmouth. The public event was entitled Thinking Differently! Celebrating Neurodiversity. 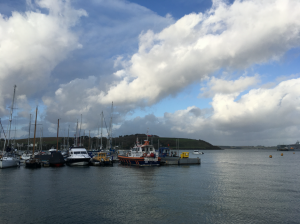 Again the room was set up with a table area for Eddie to sketch and to show his work – and again Eddie held the audience describing his experience with ExDxFims brilliantly and his on-going use of animation to express his challenges and feelings.

We are very much indebted to Eddie, and his family, for coming to these two events.  Eddie’s presence added greatly to the value of the events.  We would also like to thank Louise Fox, Director of the Cornwall Film Festival, and all her colleagues, for so generously and warmly supporting the Event.

Lastly on the 4th December we were back in Exeter showing the ExDxFilms at the THE ExIST STEAMM SHOW at the Exeter School of Art.   Our audience during the day included students and educators from the surrounding area and in the evening members of the public.  It was a great event with presentations covering technology, dance and virtual reality (VR), Smart Cities and solar artworks to name but a few.  The ExDxFilms once again received good feedback.  Our pile of leaflets on Autism and Neurodiversity disappeared rapidly and several tutors spoke of including the Films in their future lectures. 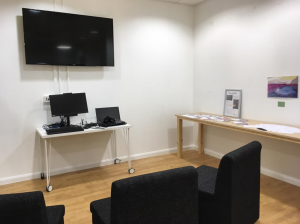