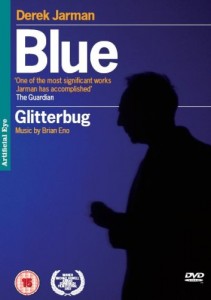 To coincide with World Aids Day, and in conjunction with The Terence Higgins Trust, Screentalks presents Jarman’s 12th, and final, feature film, Blue filmed in 1993, the year before he succumbed to AIDS-related complications.

The 79-minute film is inspired by Yves Klein’s 1961 painting ‘Blue Monochrome’, and features a single ‘blue’ frame with voiceover narration. The film has screened at museums, galleries and film retrospectives ever since its release, evoking sensory and contemplative response. Jarman created Blue to reflect on his increasing loss of sight – blue-tinged as a side-effect of his medication – and heightened sense of mortality. Autobiographical, anecdotal, experimental, affecting, uplifting and metaphysical, this is a viewing experience not to be missed.

Dr Florêncio is a lecturer in History of Modern and Contemporary Art and Visual Culture. His short (spoiler free!) introductory talk will introduce you to Jarman and his innovative work. Screen Talks invites you to join João in the Picturehouse bar afterwards to share your thoughts and reactions to the film. Come along to find out more about Jarman’s films and the legacy of Blue in the context of World Aids Day 2015. We will be fundraising at the screening for the Terrence Higgins Trust:

The talk will begin at 6.30pm at the Exeter Picturehouse, Bartholomew Street West 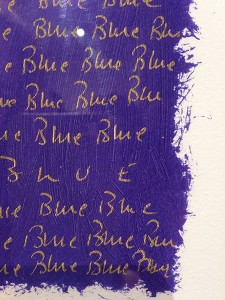 The Bill Douglas Cinema Museum at the University of Exeter holds the archive of James Mackay, the producer of many Derek Jarman films including Blue. Don Boyd’s archive also holds material relating to Jarman. If you are interested ion accessing the archives email bdc@exeter.ac.uk. 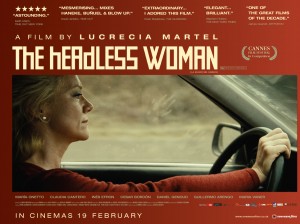 Veronica is driving in northwestern Argentina when her mobile phone distracts her and she runs over something—but drives on. The police confirm that there was no accident, but Veronica begins to have a meltdown, thinking she may have killed someone. Was it an animal? A child? Or nothing at all?

We hope you can join us for the screening, and for film chat in the bar afterwards. 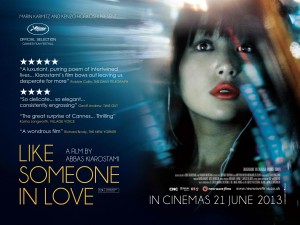