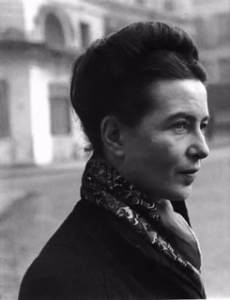 As a male, it is strange for people to hear me say that I am a feminist. Women are curious about the reasons behind this, while men think I am betraying men or have been brainwashed by feminist theory. This is a sad result, because in my view the feminist movement is an anti-authoritarian movement, and in post-modern society people often break with authority to construct new ideas, new isms. So why did men lose out to feminism? The result is obvious: an unwillingness to give up privilege. When I was a child, I often wondered about the traditional Chinese family model. I couldn’t understand why my father smoked in the house without regard for the feelings of others, why the men in the family didn’t fulfil their responsibilities as husbands but the women didn’t dare to run away, and so on, some of the absurd things that we were used to but that I started to think about when I was very young. I was later introduced to feminism, the most famous of which in China is Beauvoir and her book The Second Sex. The popularity of Beauvoir in China could not have been achieved without Li Yinhe, who brought some of Beauvoir’s ideas to China and made them very popular. Of course, Beauvoir’s past with Sartre is also a subject of great interest to the Chinese. Her mode of living with Sartre has, I think, in a way changed the way many people view marriage. As I read the book, I was struck by how many of my thoughts as a young child were echoed in the book. Some of the ideas or examples in the book were repeated over and over again in reality.

Beauvoir is considered by many to be an icon, a pioneer. My undergraduate major was in literature, and I remember that during an introduction to existentialist literature, my teacher mentioned Beauvoir and her feminist views, her most famous point being that “women are not born, they are created”. It was seeing these interesting ideas that broadened my horizons and drew me deeper into feminist theory. In The Second Sex, it is around this same idea that her research and thinking revolves. In the book she mentions several factors in reality that contribute to the low status of women as the ‘other’ as opposed to the male figure. The most subversive point for me was Beauvoir’s discussion of the law and education. Firstly, she argues that the law is an instrument of domination used to bind women, and that since the world became civilised, countries have been dominated by men. In order to strengthen the foundations of their rule, rulers enacted laws that were masculine from the outset. They were harsh on women and lenient on men. It is easy to understand that men wanted to reinforce their control over women through the law, so in early society it was easy to see that the law did not give women the right to vote or to vote, and there was a general perception that women should stay at home rather than work. Secondly, the law of marriage was another tool to keep women in check. Women did not have much choice over marriage and if a marriage was unhappy, it was the man who divorced the woman and vice versa. In modern times, of course, these incredible rules and regulations have been amended. The inequalities on the surface have improved, but the inequalities in the shadows have been slow to be resolved. I think the best part of Beauvoir’s book on the growth of women is the analysis of the teenage years. This is the period when women begin to establish their values, and education plays a crucial role. Education is divided into two parts, education at home and education at school. In school education, women are taught that a woman does not need to have a high level of education and that after a general education she should find a secure job, get married and have children. Then women lose their sense of enlightenment and stop rebelling against male authority. On the other hand, such ideas are conveyed to women in family education. One of the things I cannot understand is that the mother also plays this role. The family role of the mother becomes “alienated” from the male, with two male roles in the family educating the children. If the mother is also a victim of the education system in the traditional family, then why is it that today, some of the women who have received higher education still hold such ideas, albeit less strongly. It is inconceivable that this section of the female population still does not choose to resist when faced with male authority. Some women have become the accomplices of men. 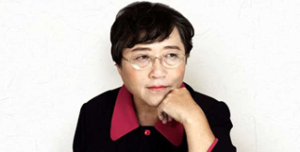 To borrow the opening line of the book, “I hope that women and men are equal throughout the world”. This is perhaps what often moves me.