Welcome to our Guest Research Blog 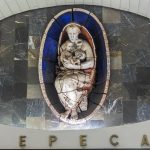 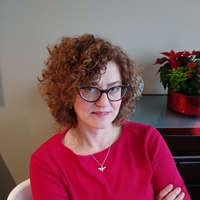 Hanna Chuchvaha is a scholar of Slavic studies and art history at the University of Calgary with a focus on several fields, such as print culture, word and image, women art collectors, and art of trauma within East European region. Her research was funded by the Russian, East European, and Eurasian Center, University of Illinois at Urbana-Champaign, and by the Hoover Institution, Stanford University. She has presented at major international conferences, such as ASEEES (Association for Slavic, East European, and Eurasian Studies); CAA (College Art Association); IAWIS/AIERTI (International Association of Word and Image Studies); UAAC (Universities Art Association of Canada); CAS (Canadian Association of Slavists); ACLA (American Comparative Literature Association) and many others. She also contributes to the academic community as Book Review Editor for H-Net – in 2016-2017 she was Book Review Editor for H-Russia, and since 2017 she is Book Review Editor for H-SHERA (Society of Historians of East European, Eurasian and Russian Art and Architecture) Reviews. In addition, she is an Editorial Board Member for East/West: Journal of Ukrainian Studies. You can contact Hanna .

Hanna recently published this article, “Memory, Trauma, and the Maternal: Post-Apocalyptic View of the Chernobyl/Chornobyl/Charnobyl Nuclear Disaster”, in East/West: Journal of Ukrainian Studies. Her paper focusses on how artworks by Belarusian and Ukrainian artists over the last 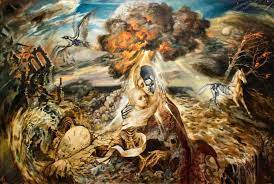 two decades have used maternal images to explore and process the trauma experienced following the Chernobyl disaster. We have reproduced Hanna’s abstract below and we strongly encourage you to read the full article.

Abstract for “Memory, Trauma, and the Maternal: Post-Apocalyptic View of the Chernobyl/Chornobyl/Charnobyl Nuclear Disaster”: Chornobyl/Chernobyl/Charnobyl has a symbolic meaning for several generations of east Europeans. It is a city that experienced a disastrous nuclear explosion in 1986 that bequeathed a post-apocalyptic landscape and an eloquent demonstration of the Anthropocene. The epistemological crisis for humanity provoked by the Chornobyl nuclear disaster led to the emergence of post-Chornobyl art, an art of acceptance and denial, an art of physical and emotional trauma, an art that symbolized humanity’s responsibility for the future. This paper focuses on art works produced in the first two decades after the explosion at the Chornobyl nuclear plant. The range of art pieces examined in this paper is diverse, from representational art to conceptual installations. The article is an attempt to analyze the trend of post-Chornobyl art created by witnesses of the tragedy. They are Belarusian and Ukrainian artists for whom Chornobyl epitomizes the point of non-return, the overwhelming tragedy of their people, and the devastation of their land; and for whom Chornobyl is an inverted metaphor of the legitimacy of peaceful atom and the results of the Anthropocene. The paper employs Griselda Pollock’s theoretical approach to trauma and focuses on the art of the maternal created by artists of both genders.