Women are unlikely to be the head of the household and have limited control over finances. This means women are often unable to obtain resources which would help them to escape, survive or rebuild after a disaster. In the aftermath of hurricane Katrina, many of the jobs available were in the male dominated construction industry, leaving two thirds of women unemployed. This demonstrates how socioeconomic status contributes to the detrimental effects of climate change on women.

Women are likely to be the primary caregivers for children, making them responsible for more than just their own welfare. In Sub-Saharan Africa, women plant, produce, and prepare 75% of household food [3], yet they prioritise children, leaving little food a

nd water for themselves. This leads to under nutrition.

Malnutrition is exacerbated by climate change. In Nigeria, Chad and Niger,

Lake Chad is a crucial water source for millions. However, 90% of the lake has dried due to global warming, causing women to search far and wide for water. Walking this far uses up to 85% of a woman’s daily energy intake [2], causing exhaustion and dehydration. Due to this, breastfeeding women cannot provide vital nutrients to their babies, or indeed for themselves. This shows the direct effects of climate change on women, and the future generation.

After a disaster, women are more vulnerable to gendered violence. Living in fraught conditions increases stress and the possibility of violence. Because women often lack control over finances, leaving an abusive household would risk financial ruin.

The introduction of international aid causes crowds of people to congregate. In these crowds, women are vulnerable to sexual exploitation. In the aftermath of Cyclone Idai in Mozambique, women were sexually exploited and harassed in food aid lines. Natural disasters destroy women’s shelters and occupy emergency services, meaning help is often unavailable.

Climate change destroys homes and livelihoods, forcing people to migrate. UN figures show that 80% of people displaced by climate change are women [2]. Currently, young women migrating from Nepal and Bangladesh to India are being sexually abused and trafficked. Women are approached by ‘agents’ who promise stable jobs when they arrive in the city. Instead, these agents are traffickers, forcing women to work as prostitutes. This highlights the urgency of the climate crisis. Conditions have become so desperate that women risk sexual abuse instead of staying in climate-damaged homes. 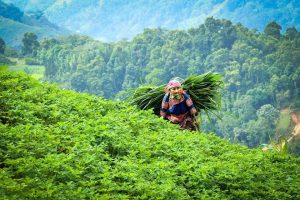 Women dominate 50 to 80% of the world’s food production, yet they own less than 10% of the land [3]. Women work time consuming and labour-intensive hours producing food, but economic income is unpredictable. Climate change is exacerbating this hardship. During extreme weather events, women work longer hours to ensure financial stability. As a result, women spend less time in education, lowering their chances at a fairer and more stable life. 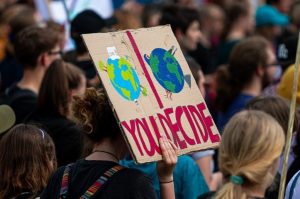 Climate change is a visibly gendered process. Gender inequality is a widespread and detrimental disadvantage. We must utilise the information we have to stop climate change and support women. How do we do this? Women possess enormous potential to help the climate crisis, but gender oppression means this possibility goes unnoticed. Marginalised women need to be given a platform to speak out on the climate crisis. Women must be equally represented in positions of control. Placing more women in policy making and implementing positions will empower women, progressing the formulation of gender sensitive climate solutions.

Climate change must be viewed as an intersectional issue [4]. We must acknowledge how race, gender and social class intersect to form different levels of marginalisation. This will progress the development and implementation of gender, race, and socioeconomic-sensitive solutions to climate change.

Climate action that disregards half the population is not valid. Only gender-sensitive climate solutions are equitable and effective.