My boyfriend and I rarely argue and if we do, we usually come to a solution. Except for one topic that we just cannot seem to agree on: Last names.

Unfortunately, my boyfriend, let’s call him Chris, and I realized that we want different things regarding surnames after marriage.

Thankfully, it has become a joke between us.

Ever since I was little, I have wanted to keep my surname. I think because I realized that if my sister and I both changed our names, our surname would die out with us.

Chris also wants to aid in the longevity of his surname. He has a strong connection with his surname and a desire to keep it as a part of his identity, which I cannot fault him for, I feel the same way about my last name.

My solution: having a double-barrelled name for both of us.

The issue is that my boyfriend is less willing to adopt a double-barrelled name and suggested that he would rather that he kept his name as is, while only I adopt the hyphenated name. This would mean that I would have some name connection to our children. However, I think this is not a fair solution.

I must note that my boyfriend is a feminist and strongly supports equality between men and women and meant the above comment as a joke mostly, so I do not mean to do him a disservice.

However… Am I going to use a whole blog post to show how he is wrong? Yes, I am. 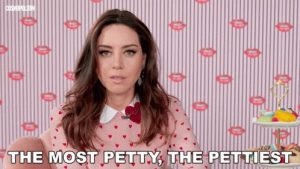 Names are intrinsically linked with our identities. Sociologists Norbert Elias (1991) and Jane Pilcher (2017:812) argued that surnames are for connecting individuals to their family identity (1991:209). Therefore, when people get married and change their names, they are symbolising becoming one family. This is usually done by taking the man’s name.

If surnames are a way of connecting a family together and building kinship. Should the woman’s family not also be given the opportunity to be connected to the grandchildren?

Pilcher further argues that names are a way of building and displaying our sex and gender. Names contribute to how we culturally “do gender”, therefore by heterosexual women resisting the norm and choosing to keep their surname, they are “re-doing gender” and contributing to changing how we are culturally “supposed” to act according to our gender (2017: 812).

In Pilcher’s exploration of Names and “Doing Gender”, she finds that the cultural practices of taking just the man’s surname only further perpetuates the inequalities between men and women and serves as “an indicator of inequality in the gender order” (Pilcher, 2017:817):

I understand the tradition and simplicity of taking just one last name. It saves future generations from choosing between two last names and trying to blend with their partner’s surnames. But I think that incorporating both surnames is an important step forward for gender equality and re-doing gender norms.

Chris argues that if we did have a hyphenated name, then our children would just have to pick between the two when they get married. He argues that this could lead to his name being dropped and forgotten. This is a fair worry in my opinion. However, is it fair for my name to be forgotten to potentially prevent the same thing from happening to his last name?

I am not saying every couple should adopt a double-barrelled surname. Surnames should be a choice rather than an expectation, something that all partners agree upon.

From the few opinion articles I have read, written by men, to understand the other side of this debate (see Fordy, Telegraph, 2015), they seem to have the view that this is their last cling to their male identity in an increasingly feminist world.

In all fairness, I can understand their frustration. It must suck to be the first male in your lineage to have to fight for a right that was just given to your forefathers.

But you know what also sucks? Not even being able to fight for that right in the first place.

It is very telling that this right, which is so thoughtlessly handed to men, is something that women have to continually fight for and defend, even today.

I am not asking for my boyfriend to take my last name and revoke his own, I am not asking for our children to only have my surname, somethings which men have not even asked but expected women to do for thousands of years. I am asking for equality. I am asking for a double-barrelled name, which would mean that both of us have equally changed and accepted each other’s names as part of our identity, while also helping to resist gender inequality.

Fordy, T., 2015. It’s wrong for kids not to have their father’s surname. [online] The Telegraph. Available at: <https://www.telegraph.co.uk/men/relationships/fatherhood/11768048/Its-wrong-for-kids-not-to-have-their-fathers-surname.html> [Accessed 6 March 2021].