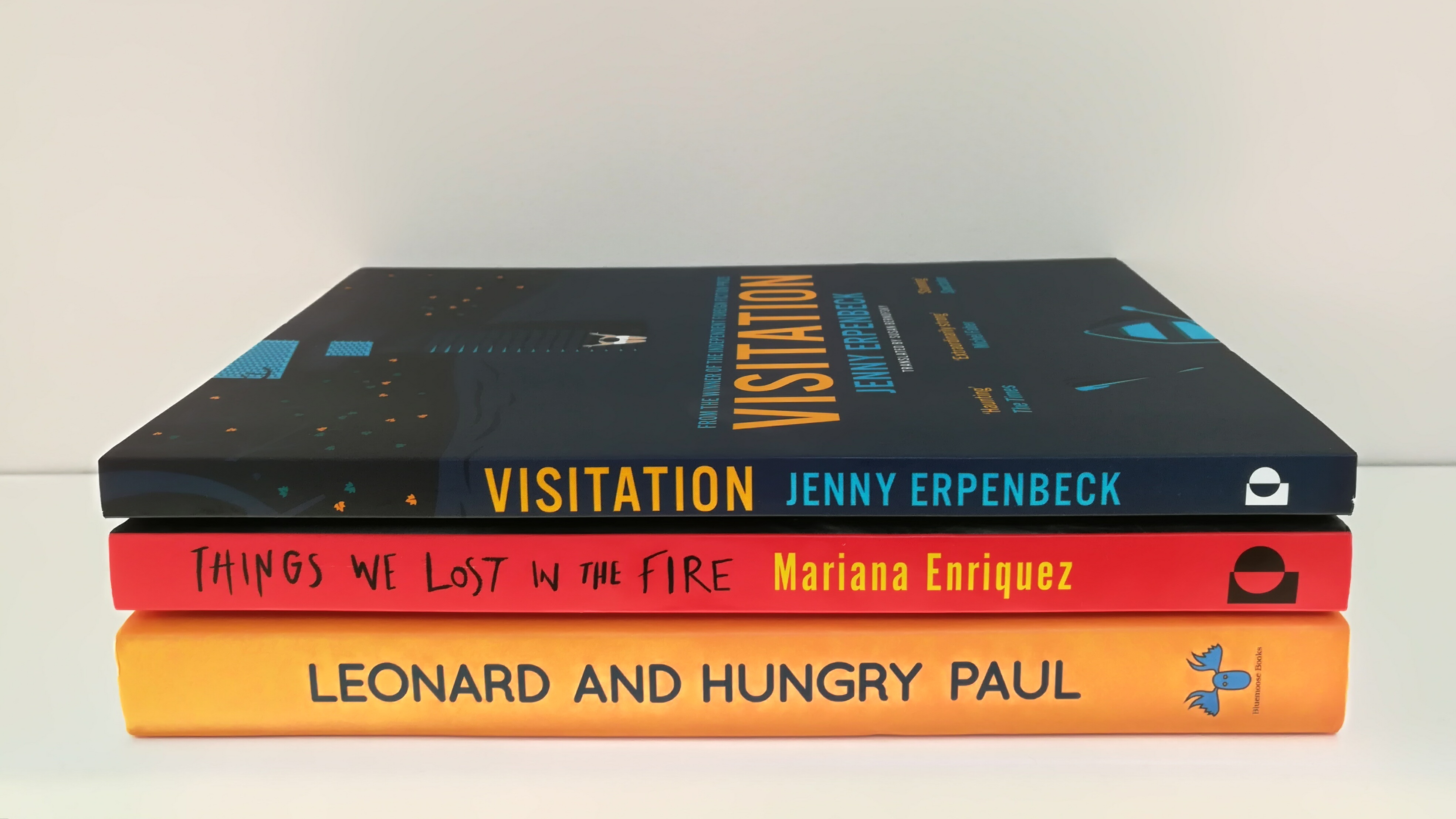 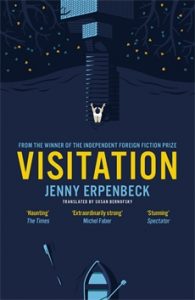 I started the year’s reading with a book I felt sure would be a safe bet, Jenny Erpenbeck’s Visitation (translated by Susan Bernofsky for Portobello Books). I’d greatly enjoyed Erpenbeck’s two other books in translation, the magnificent The End of Days and Go Went Gone, and so completing the Erpenbeck/Bernofsky/Portobello trilogy seemed like a good way to get my 2019 reading off to a stellar start.

And yet… I was disappointed. I simply didn’t connect with the story or the characters in Visitation. There are many themes in Visitation that are echoed in The End of Days – most notably, the progression of German history through the 20th century – but whereas in The End of Days this is viewed through a single character who lives (and dies, and lives again) through the events, in Visitation the focus is on a house by a lake in Brandenburg, which sees inhabitants (including a family of Jews and a regiment of soldiers) come and go throughout the years, and stands as a silent witness to the atrocities of the 20th century.

Visitation is as beautifully written and consummately translated as The End of Days and Go Went Gone, with many instances of Erpenbeck’s brutally poetic minimalism, such as in this extract: “Two months after Arthur and Hermine get into the gas truck in Kulmhof outside of Łodz, after Arthur’s eyes pop out of their sockets as he asphyxiates, and Hermine in her death throes defecates on the feet of a woman she’s never seen before, all their assets, together with the assets remaining in Germany that belonged to their son, Ludwig, who has emigrated, are seized…” The house with its specially designed walk-in closet is also suitably spooky, and there are some understated one-liners brimming with personal and historical tragedy (“then she takes off her shoes forever and goes to stand on the board to be shot”) and lyrical comments on 20th-century German history (“even this dutiful German official had known that home would never again be called Bavaria, the Baltic coast or Berlin, home had been transformed into a time that now lay behind him, Germany had been irrevocably transformed into something disembodied, a lost spirit that neither knew nor was forced to imagine all these horrific things.”) So it’s not that I disliked Visitation, but it didn’t engage me in the way that The End of Days and Go Went Gone did. I found it hard to maintain interest in (and thus enthusiasm for) the story/stories, and the house itself failed to move me. It’s always worth reading Erpenbeck, so I wouldn’t advise against reading Visitation, but I did feel that it had almost been a practice run for the utter brilliance of The End of Days.

Mariana Enriquez, Things We Lost in the Fire, translated from the Spanish by Megan McDowell (Portobello Books, 2017) 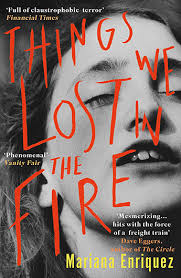 Two things that don’t normally appeal to me are horror stories and the supernatural, so Things We Lost in the Fire (a collection of supernatural horror stories) wasn’t an obvious choice for me. Yet it has received consistently excellent reviews, and with good reason: Mariana Enriquez writes characters and situations that are universally recognisable, and twists them deftly yet mercilessly into your worst nightmares. You’ll know from my reviews of Samanta Schweblin’s Fever Dream and Mouthful of Birds how much I admire Megan McDowell’s translations, and her translation of Enriquez’s short stories is perfectly controlled and dark, showcasing her own admiration for “writers who can combine the transgressive joy of horror with literary depth and original style”.

Things We Lost in the Fire is about as perfect an example of the art of short story writing as I’ve seen. Each story is exquisitely crafted: the details are full while being minimal, the characterisation impeccable, and the descriptive sections vivid yet concise. I’m going to focus on the two stories that I enjoyed the most: the first was ‘Under the Black Water’, with its themes of environmental pollution, deformed children, and the monsters we unleash on the world. A female district attorney known for her integrity is following up leads on a slum murder case when the victims seem to rise from the dead – indeed, from the depths – and we are invited not only to see a grotesque reality we might prefer to ignore, but question our own complicity in this reality for the fact of having ignored it. If this doesn’t reel you in, perhaps a quotation will: “She had no time to react; the priest was drunk, but his movement when he grabbed her gun was surprisingly fast and precise. She couldn’t even fight back, nor did she see that the deformed child had turned around and started screaming mutely. His mouth was open and he screamed without a sound.” You’ll have to read it to find out what fate awaits the priest, the DA, and the child.

The other story that really stood out for me was the title story, ‘Things We Lost in the Fire’, in which women protest against their life of silence and suffering by setting themselves on fire. Self-immolation spreads as if by contagion, women burning themselves to confront male violence and a society that tells them how they should be. But this is not necessarily presented as a positive thing: while one burned woman describes it as “a new kind of beauty”, the pain – and deaths – resulting from this macabre struggle for control and agency are also detailed. And when the “bonfires” become commonplace, society simply accepts the shift, the protagonist’s mother so chillingly committed to the cause that she would offer her daughter up in sacrifice. Nothing is straightforward or black and white in Enriquez’s stories, and that’s why, though I wouldn’t have expected to be championing a collection of horror stories, I found Things we Lost in the Fire to be excellent. 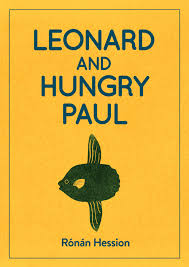 And now for something completely different… my Twitter friend, Rónán Hession, is releasing his debut novel this month with independent publisher Bluemoose Books, and I had the joy of reading an advance copy of this anthem to gentleness and quiet humour. I first encountered Rónán during Women in Translation month last August, when we both read and loved Margarita García Robayo’s Fish Soup (translated by Charlotte Coombe for Charco Press, and reviewed here), and we’ve exchanged many comments about our women in translation reading ever since. I was slightly nervous about reading his own work (if I wasn’t crazy about it, wouldn’t it be terribly awkward?) but I didn’t have to deal with that, because it is a SUPERB debut. Through his two main characters (the eponymous Leonard and Hungry Paul), Hession finds pathos in the everyday, turning the humdrum into something magical.

We meet socially awkward Leonard just after his mother’s death, at a time when the family of his best friend (Hungry Paul) is preparing for the wedding of Hungry Paul’s older sister, Grace. Hession combines instances of the unsaid (we never find out why Hungry Paul got his nickname, and he may or may not be autistic, but the word is never used) with others of great detail (I never thought accounts of board game marathons could be so compelling, and just wait for the moment when an irate Hungry Paul takes a past-its-use-by-date tin of Roses chocolates back to the supermarket), and writes every page with immense warmth; to read Leonard and Hungry Paul is to live a while in their world. I love that Rónán was unafraid to write a book where nothing “happens” as such – because life is happening on every page, and this is one of the most life-affirming books I have read in a long time. Its gentle tone harbours some profound insights (“It may well be that if you truly want to open a heart, you need to break it open”; “We are never entirely outside of life’s choices; everything leads somewhere”), and by the end I had tears streaming down my face. I didn’t want to say goodbye to these characters, I cared about them: I wanted to tell Hungry Paul that the “strange pocket-within-a-pocket that denim jeans have” is called a coin pocket (this knowledge would have saved him from a great childhood humiliation) and hug Grace when she realised that “it was possible to make someone feel so loved at the very moment you are letting them go.” Gentleness and kindness are under-rated qualities, and they abound in Leonard and Hungry Paul: the characters may be fictional, but a real person wrote them, and that makes me feel just that bit better about the world.

As always, thank you for reading, and I’ll be back on Friday for a special International Women’s Day post! 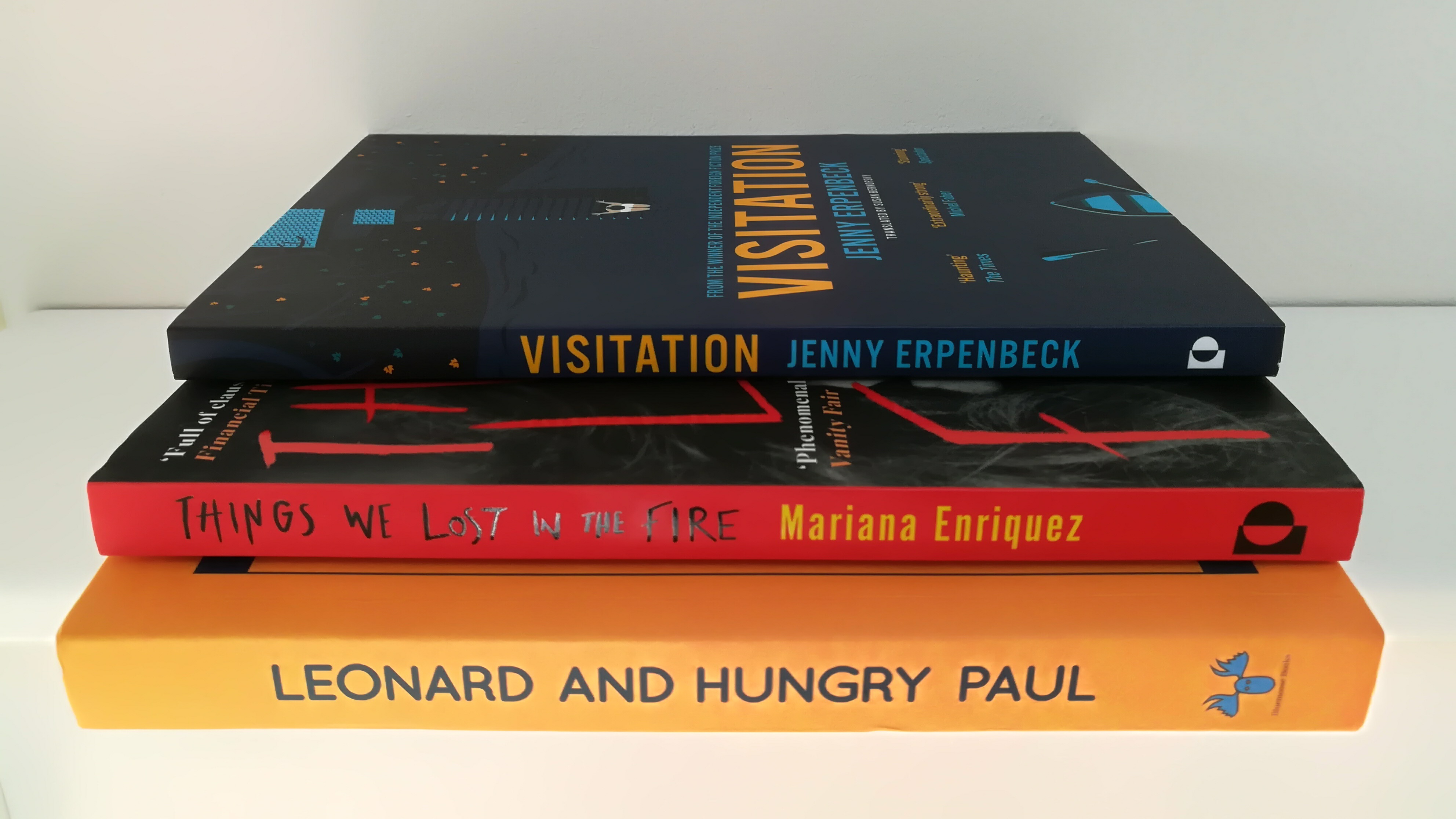