Bellevue is the first novel of award-winning Slovak writer Ivana Dobrakovová, and it is a harrowing account of one young woman’s psychological unravelling. Dobrakovová sets out from the start what will happen in terms of plot, and so it is the journey towards that point that maintains narrative momentum. 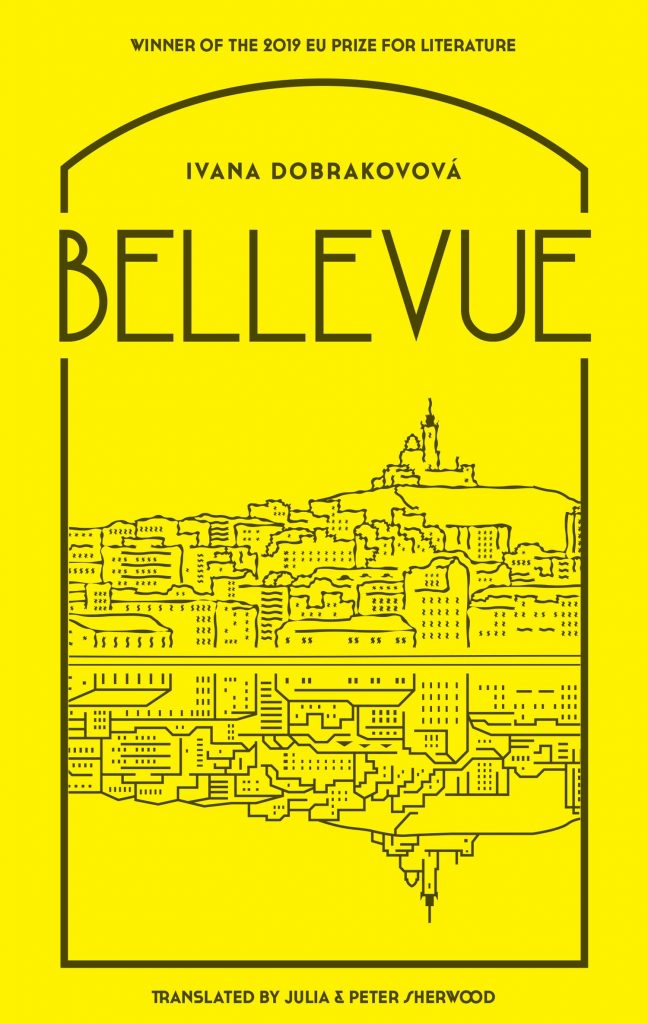 Blanka is bored of spending her summer waiting around for her steady yet zealously studious boyfriend to look up from his textbooks and spend time with her, and so she applies for a summer job at a care home in the south of France. When Blanka first arrives in Marseille she is greeted by young interns of various nationalities, all of them escaping their lives in their home country just as she is. So far, so L’Auberge Espagnole. A carefree, sun-drenched summer awaits, but things soon go awry. That the deceptively serene name of the care home, Bellevue, is taken as the title of the novel shows the importance of this experience in Blanka’s decline: it is “the place that will transform me into someone new”, but this new self is exactly the one Blanka most fears.

When faced with the reality of dealing with people in a care home, Blanka finds herself repulsed by their lack of control over their bodies, whether this is owing to morbid obesity, constant drooling, a need to urinate in a tube, or shriveled limbs. Lack of control of her own body is Blanka’s greatest fear, but the things she is afraid of and tries to avoid by extreme behaviour are the very things that her extreme behaviour causes to come about. This is foreshadowed early on when she confesses that “For a moment I almost wished I were like them, wheelchair-bound, or at least not sticking out like a sore thumb”: Blanka’s feelings of paranoia about the way the residents view her, her conviction that they resent her because of her healthy body and want her to be reduced somehow, is exactly what leads her to behave so erratically that she ends up losing control of her own bodily experience.

This unravelling seems to happen very quickly (Blanka is only at Bellevue for a few weeks), but there are plenty of hints towards a past illness. She has a history of depression and prescribed medication, and so although comments such as “I’m unhappy and I want to die” might seem to come very suddenly, we are made aware in the way she explains her feelings that they are not without precedent. Her rapid decline is mirrored in subtle shifts in the writing style, and particularly in the punctuation, which fails gradually. Commas replace full stops at paragraph ends, then they start to appear before the end of clauses; after that, the sentences gradually lose any punctuation that makes sense of them. This is not the only stylistic shift: co-translator Julia Sherwood comments in her introduction to Bellevue that “The narration changes from the past tense to the present, creating a sense of immediacy; direct speech is no longer marked, erasing the difference between Blanka’s utterances and her feverish thoughts” – these features are not only important to notice, but also to convey, and this fragmented style is superbly conveyed in the translation.

Although there were a few references in the translation that I initially thought were a bit out of place, some quick research soon corrected me. For example, I had assumed that references to Tesco and to the Avon catalogue were adaptations, but when I checked online I discovered that these companies do indeed operate in Slovakia, and so presumably these references were in the original text. Similarly, though phrases such as “there’s a good girl” made me uncomfortable – there is so much patriarchal assumption in this phrase – perhaps they too were in the original, and indeed maybe they’re meant to make us feel uncomfortable: my reaction prefigured the discomfort I felt later when Blanka is force-fed by her former friends, reduced to a dribbling mess and becoming what she most despised.

Bellevue interrogates our notions of “wellness” – both physical and mental – and presents us with a flawed narrator who, though frustrating in her constant inability to empathise or connect with the people around her, is a believable representation of the isolation caused by mental illness. We see enough of Blanka’s inner thoughts that we can come to understand her, but we cannot get through to her: this encouraged (and thwarted) intimacy is one of the most striking features of the book. I don’t think that Blanka is supposed to be likeable (“I’ll be out of this place in two weeks’ time but you, dear Marie, you’re going to rot here for the rest of your life”), but this does not mean we cannot feel compassion for her. Blanka’s inability to believe in the goodness or niceness of people is presented as the very thing that pushes them away, but there is more to it than this: Drago presents himself as caring, as wanting to help Blanka, but his sanctimonious attitude persistently reinforces her instability, his own inadequacies cast convincingly as altruistic helplessness. Perhaps, though, this is Bellevue’s key message: what good is it to treat the symptoms if we ignore the underlying cause? If Blanka is held responsible for her own solitude and isolation, isn’t this an indictment of a society all too adept at blaming the victim instead of questioning itself? Bellevue is not a comfortable read, but nor is it meant to be: it is a brave and unflinching account of mental illness, and an unsparing critique of a world that fosters it.