This debut novel by Brenda Lozano is a clever, innovative book, an erudite observation of the everyday, a genre-smashing static journey. It’s fair to say that I admired it rather than enjoyed it exactly; mostly, I suspect, because of the point at which I read it. Loop is a series of connected fragments, and I probably jumped into it at the wrong moment: I read it on my train journey to and from the Translating Women conference, when my mind was pitching from one thing to the next, not staying anywhere for long, and returning to the same things repeatedly. This fitfulness was exacerbated by reading a book that was doing much the same thing, and so my reaction was affected by the circumstances of my reading. Nonetheless, objectively I can see all of the things that make Loop brilliant, and those are the features I’ll focus on here. 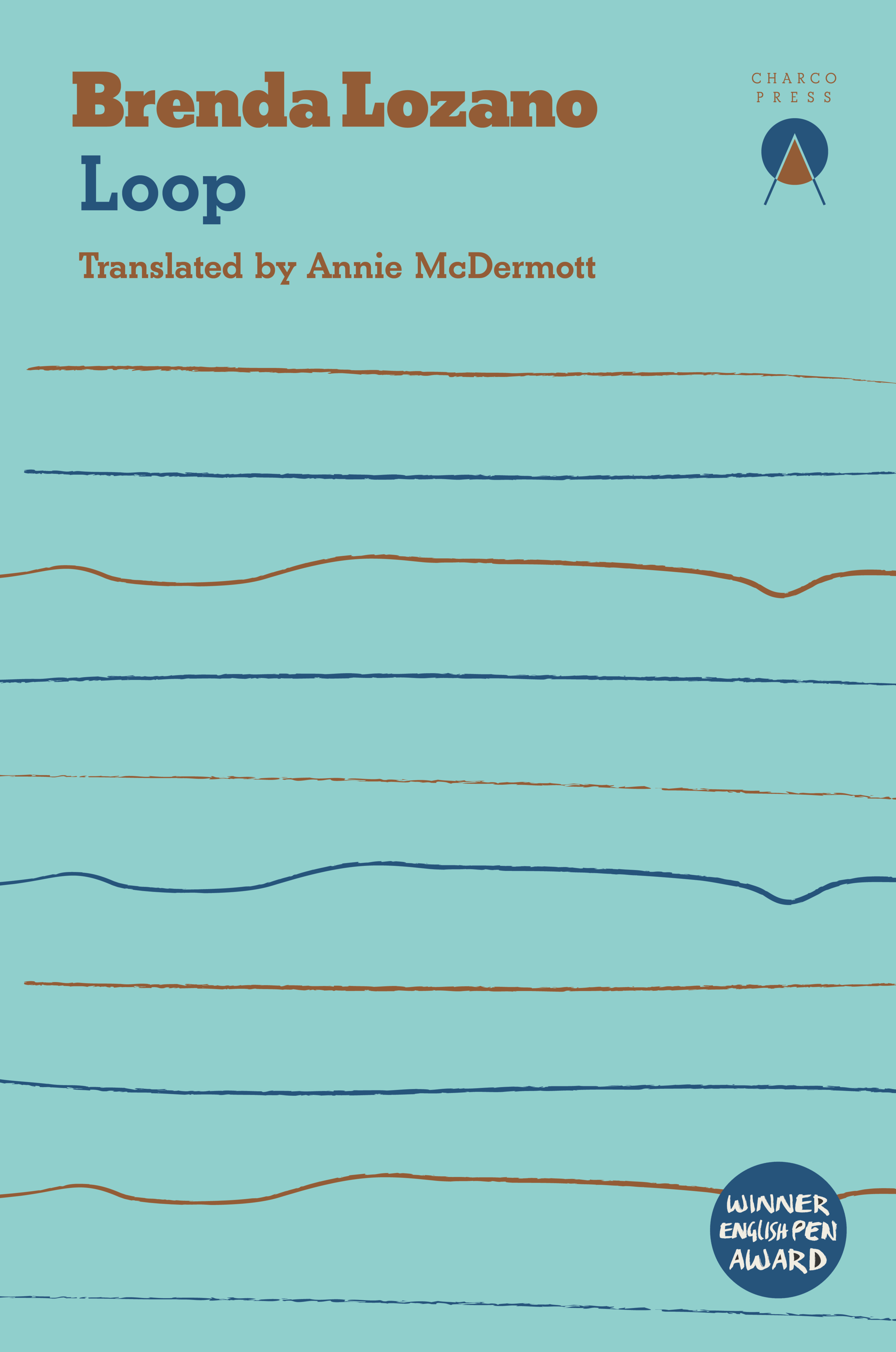 The unnamed narrator of Loop is waiting. Her boyfriend Jonás has travelled to Spain after his mother’s death; the narrator awaits his return, journeying in her mind while sitting in her armchair waiting for Jonás. As she waits she vocalises their usual routine, alternating between longing for his return and resenting his absence. She is also waiting in an airport for a delayed flight: this is the ambiguity of the literary form, as the narrator reminds us that it doesn’t matter how long passes between her notebook entries, because it will be read as if no time has passed between them: “Part of the magic of the ideal notebook is that hours, days and weeks can go by from one paragraph to the next, but because the paragraphs live side by side like neighbours, it’s as if only a few minutes have passed. Amazing – something that takes years to write could be read by someone else in a couple of hours.” Time is suspended, just as the narrator herself is suspended in her vigil, awaiting the return of Jonás. In this sense, she says, “my notebook is my waiting room” – the notebook becomes the loop, the contracted space where time expands.

The (mildly but endearingly obsessive) narrator has had some kind of accident in the recent past, though we are not given details beyond her waking up on a hospital gurney with a Shakira song playing in the background (thus alerting her to the fact that she is not, after all, now inhabiting the afterlife). This patchy detail is consistent with the “diary” narrative – in a diary, why would you painstakingly write out details of something you already know? Rather, this is an exploration of the narrator’s inner world and thoughts. Many references recur repeatedly: the Shakira song is an intermittent soundtrack, as is David Bowie’s “Wild is the Wind” (this one features as a choice on the narrator’s part, rather than as an intrusion), and a Shakespeare quote spotted on a fridge magnet becomes the narrator’s refrain to describe herself: “Welcome. A hundred thousand welcomes! I could weep, and I could laugh; I am light, and heavy. Welcome!” This becomes an invitation to us to enter her world of weeping, laughter, lightness and weight, all encapsulated within the pages of her “ideal notebook”. In this notebook she performs a kind of taxonomy of the everyday, chronicling experiences and observing objects, but she also identifies herself as a modern-day Penelope: “I’m Penelope. I weave, unravel, weave and unravel again. Will the day ever come when the waiting stops? Is there anyone who isn’t waiting for something?” “I wish. I weave. I unravel.”

It is not just The Odyssey that features as a literary reference – these are broad-ranging, from Fernando Pessoa to Marcel Proust via Oscar Wilde, and many more besides (there is a handy index of references at the back of the book). These can’t have been easy to spot and incorporate into the translation, but Lozano is in safe hands with Annie McDermott: there was not a single word, reference or turn of phrase that jarred in my reading of Loop. I had already admired McDermott’s work as editor on Ariana Harwciz’s Die, My Love (translated by Sarah Moses and Carolina Orloff) and as co-translator with Orloff on Harwicz’s Feebleminded, and am very excited for her forthcoming translation of Selva Almada’s next book with Charco Press later this year. Her choice of title for Loop is intelligent and sensitive: it is more ambiguous than the original title, Cuaderno ideal (“ideal notebook”), which would mean very little in English. It’s a play on words in Mexican Spanish: not only is this the ideal form, but also a reference to the near-obsolete brand of notebook that the narrator uses to write down her thoughts. Lozano’s narrator describes her text as “an infinite queue”, and this is reflected in the English title: a loop has no defined beginning and end, it goes over on itself, turns around on itself, repeats itself – the refrains that punctate the narrative are played as if on a loop; the fragments of narrative loop back and return to where they started; by reading the narrator’s intimate thoughts we are in the loop, and her verbal acrobatics – energetically but unobtrusively rendered by McDermott – loop the loop.

There were some observations that made me laugh out loud, such as this from the very first page: “As a girl I thought that the electric pencil sharpener was what separated me from adult life.” But Loop is also shot through with pain (the narrator knows intimately “those depths where only pain can take you”), and some profound observations seem almost carelessly tossed in (except in Lozano, as I came to realise, nothing is careless). As well as the repeated refrain “Change. Unknowing yourself is more important than knowing yourself,” she makes delicate proclamations such as “we make the world to the measure of our hands” and “the way we relate to everything, especially when it comes to love, changes after we hit rock bottom,” as well as a list resembling a modern-day secular Beatitudes, in which she observes that “those who talk too much reject themselves; those who listen carefully accept themselves.”

When I went back to my notes to write this review, I felt far more drawn into Loop than when I actually read it, which makes me think that I should revisit it to experience it at a less stressful moment. But for now I’ll leave you with this meditative remark, which epitomises our mordantly observant narrator and her writing project: “I think telling stories is a way of putting a scar into words.”