Theatre of War is Andrea Jeftanovic’s debut novel, and the final offering from a brilliant 2020 Charco catalogue. The narrator, Tamara, presents her past as if it were a play, inviting an audience to sit and observe “the spectacle of my childhood” in a script that is continually being written. Her family are all present on stage, acting the role ascribed to them, and Tamara is simply an actor playing her part, not directing or pulling the strings. This allows for an objectivity in parts of the narration that provides an excellent balance to Tamara’s more introspective monologues, a balance that mirrors the tension between historical atrocity and personal experience. 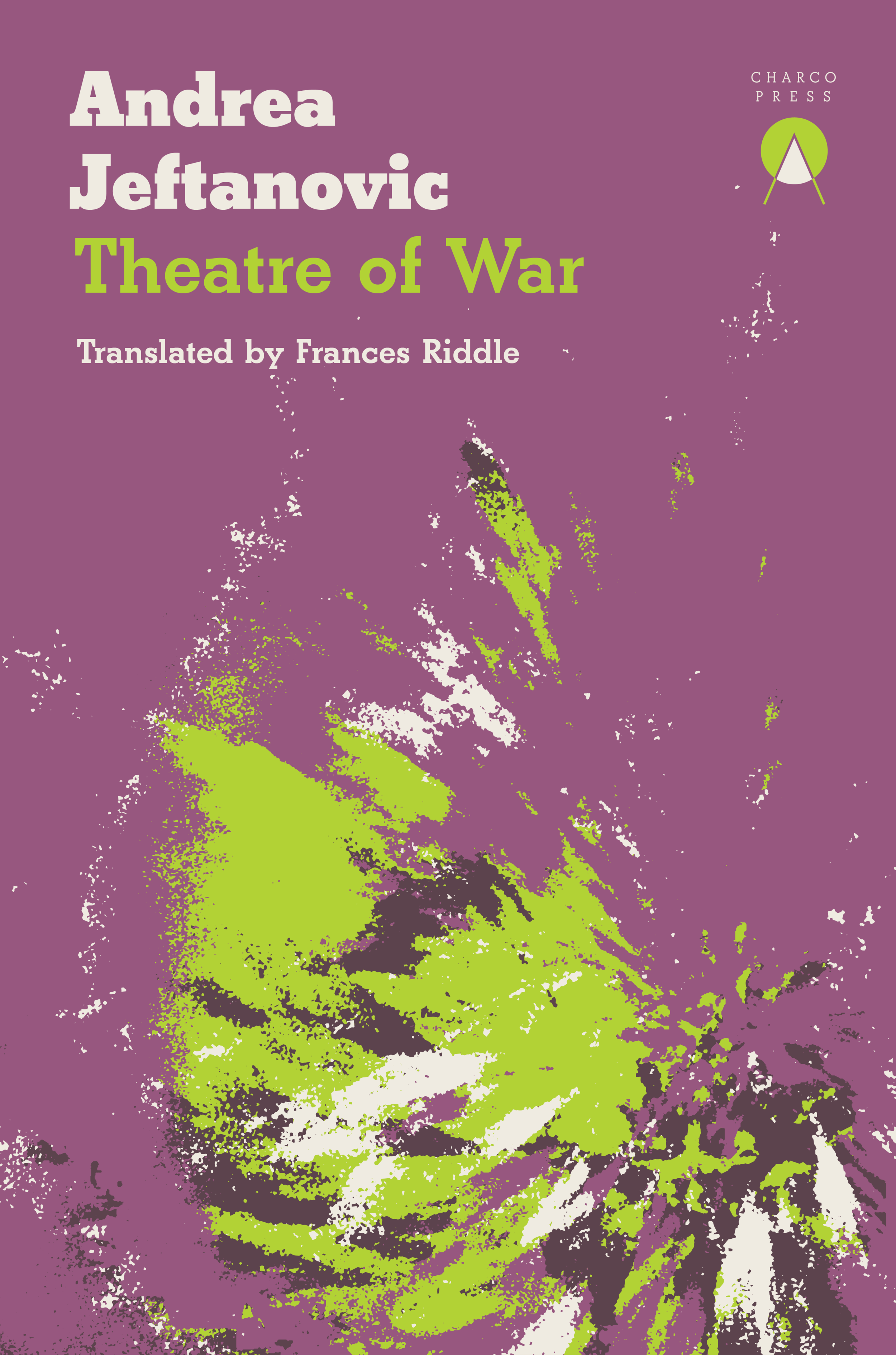 An unresolved trauma hangs heavy over the childhood household: Tamara’s father has fled his Balkan homeland, and is obsessed both with the memories of his losses there and with the news that tells him how his homeland continues to tear itself apart. “Dad is stuck in time, remembering the war” says Tamara’s child voice, observing how the present is not enough to pull her father out of the emotional stasis in which the war has left him. The legacy of the war is passed down to a generation who had no direct experience of it, transmitted through the father’s silences and obsessions: “I inhabit places I’ve never been. Dad, on the other hand, has never left that distant time.” Dragged into a past that her father can neither leave nor fully share, Tamara is left adrift, and turns to writing to find her own territory (“I founded my own country in a blue notebook where I’m not a minority”), and this gives her a place to call home (“My blue journal, the site where I’d founded my homeland, now pushes me into new territories”). As for Tamara’s mother, she is struggling with ghosts of her own, as it transpires that her other two children are from a different relationship (which will be the only one she remembers when a sudden collapse leads her to lose a big swathe of her memory). She papers over the cracks in her marriage, finding solace in the arms of a decorator, and ultimately leaves Tamara’s father one night that represents “another warped date that will alter the rest of the calendar.”

All of this brokenness is recounted in the present tense, lending an immediacy to the narration that works very well with the theatrical setting. Though Tamara as a character can only follow where her role takes her, Jeftanovic as author deftly directs her narrator via a detached yet expressive prose that recounts personal and historical tragedy without melodrama or sensationalism. Frances Riddle’s translation is, as always, impeccable: perfectly pitched and with an admirable knack for finding unexpected words and collocations that, once you’ve read them, seem like the only possible option: a “gnash of fire on the horizon”, “dented voices shuddering the walls”, “there are lagoons of silence”, “Dad cloaked by the newspaper, hiding his fist of a heart behind it”, “they strafe the centre of my heart”).

The wars in Theatre of War are all-pervading and suffocating, but feature primarily as a backdrop for the characters’ lives: the real battles are between the characters themselves, for their love and survival. In her adult life, Tamara struggles to build lasting relationships, to allow herself to love, and to come to terms with her childhood. Her multiple losses leave her standing “in the middle of the battlefield”, with the first glimmer of healing coming only when she reunites with her sister. I will, however, leave you to discover where that encounter (along with the many others that make up her adult life) takes her for, as the director of this play warns us as we hurtle towards the final scene, “everyone’s secrets will be revealed.” Theatre of War is a striking debut from Jeftanovic, a first-class translation from Riddle, and an excellent conclusion to Charco’s 2020 catalogue.

Review copy of Theatre of War provided by Charco Press