How much do you know about Maltese literature? My own answer: embarrassingly little (all the more shameful given that I’m part Maltese). But that’s set to change this year, thanks to new micropublisher Praspar Press. I’m excited to bring you an interview with its founders, Jen Calleja and Kat Storace, who set up Praspar Press to support contemporary Maltese literature written in English or translated into English.

Praspar Press currently has an open call for submissions to their first publication, an anthology of contemporary Maltese writing; see the end of the post for details of how to submit! 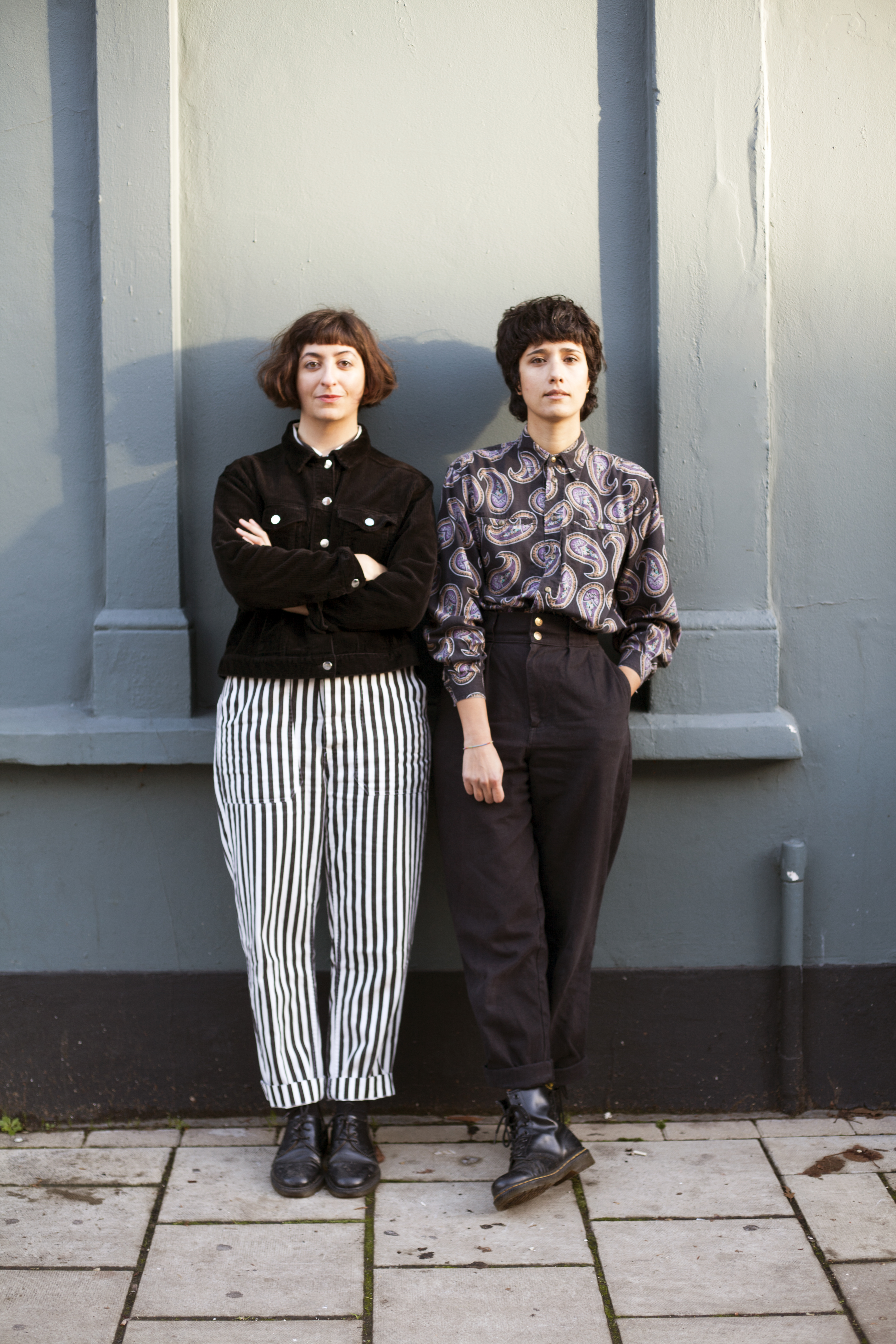 Kat Storace (pictured right) is a London-based writer and editor. She has worked in magazine and literary publishing in Malta and London, including at Faber & Faber, and is currently creative strategist at graphic design studio Gunter Piekarski.

Jen Calleja (pictured left) is a London-based author, editor, and literary translator from German to English. Her books include I’m Afraid That’s All We’ve Got Time For, Goblins, and Serious Justice. She has translated works by Marion Poschmann, Wim Wenders, Kerstin Hensel, Gregor Hens, Michelle Steinbeck, among others, and she was shortlisted for the Man Booker International Prize 2019 and the Schlegel-Tieck Prize 2018.

How did the decision to found Praspar Press come about?

We met at an English PEN event Jen was chairing back in January 2018 and realised we both had Maltese surnames, so, of course, made plans to go for a drink. When we met, we talked about everything under the sun, including UK publishing, Maltese publishing, translation, and about how little Maltese literature has reached the UK. We then had conversations at two London Book Fairs after two events focussed on Maltese literature in the wider world, one of which Jen was once more chairing, and it spurred us on to try and found our own project to address the lack of Maltese literature making it to readers in the UK and Anglophone readers in general, and to also support emerging Maltese writers. We started making real plans in late 2019/early 2020 and we made Praspar Press completely official in autumn 2020.

When you were putting your plans in place at the start of 2020, you couldn’t have foreseen the way the year would develop. Has the pandemic affected or changed your plans in any way?

If anything, the current situation sped things up – Kat was furloughed, which gave her more time to work on the admin sides of things, and we’ve had regular Zoom meetings and a few socially distanced business walks around Clapham Common. It did mean we weren’t able to fly to Malta to take part in the Literature Festival in person, but we could do the panels we were invited to take part in over Zoom.

Within contemporary Maltese literature, what in particular do you hope to bring more attention to with your publications?

That there’s a vibrant and unique literary culture that readers might not be aware of. And that it has a distinctive linguistic aspect – there are two main languages: English and Maltese (but these also overlap and can mix a lot), and this use of language also informs Maltese identity. There’s also a postcolonial aspect to much contemporary Maltese literature, and a preoccupation with history. Malta’s geographical position in the Mediterranean, its place in the world as an island nation, also creates a dual interaction – northwards or Western, with the influence of British literature, European literature and American literature, and southwards or Eastern, with the influence of the Arab world.

Tell me a bit about some writing from Malta that you love.

The poetry of Maria Grech Ganado has always been a favourite – she’s one of the few female voices of her generation and her poems are so wise, so lyrical, whether she’s writing in English or Maltese (she does both). Kat is obsessed with a collection of poems called għax id-drogi sbieħ by Marie Gion. It’s a self-published debut collection and is the single piece of literature that really captures what it is to be a teenager in Malta. And it has some of the most beautiful writing in Maltese that she’s come across. We’re both also big fans of Loranne Vella’s work, and we’re ecstatic to be working on an English translation of her short story collection, mill-bieb ’il ġewwa.

Your first publication will be an anthology of contemporary writing from Malta; do you already have ideas about the kind of submissions you’re hoping to receive?

We’re excited that we’re not one hundred percent sure what we’ll receive from our call out, and that it’s not been done before. We’re very grateful that the National Book Council in Malta are funding this first anthology. We could have simply invited writers we were aware of to submit, but we wanted it to remain accessible and open to a range of writers not only based in Malta, but who have Maltese heritage internationally too. The rationale behind the anthology is to offer Maltese writers an international platform and for us to connect with writers at all stages of their writing career, hopefully leading to us making great discoveries of writers and translators we’d like to work with on book-length projects in the future. We assume that most people working in UK publishing don’t know any Maltese writers or translators, and we want to help them find talented people to publish. If publishers of translated literature don’t know a translator of Maltese literature, it means they don’t have someone to consult for possible titles to translate or someone to read interesting titles or do samples for them, so maybe the anthology will open up some channels in that respect too.

What can we expect next from Praspar Press?

Our second publication, which will come out around the same time as the first anthology, will be the collection of short stories by writer and translator Loranne Vella. Kat is translating the stories, and we received funding for the translation from the NBC in Malta. We’re extremely excited to be bringing out this book, and to be introducing her to a new audience as she’s been recognised as a successful writer in Malta and in wider Europe for many years. At some point in 2021 we’ll be looking to commission our next publications, and hopefully doing a second anthology in 2022.

Submissions to the anthology by Maltese writers, writers of Maltese heritage and translators of Maltese literature close on 31 January 2021. Visit www.praspar.com for more details.