Brickmakers is the second in Selva Almada’s “trilogy of men”, and was recently released by Charco Press. The first in the trilogy was the magnificent The Wind That Lays Waste (translated by Chris Andrews and published by Charco in 2019 – review here if you haven’t already read it!), and Brickmakers reprises the small-town drama, character pairings, and desolate landscape of Almada’s debut. If you can say “epic” of a book that comes in at just under 200 pages, then it’s no overstatement – Brickmakers is one of the best books I’ve read this year. 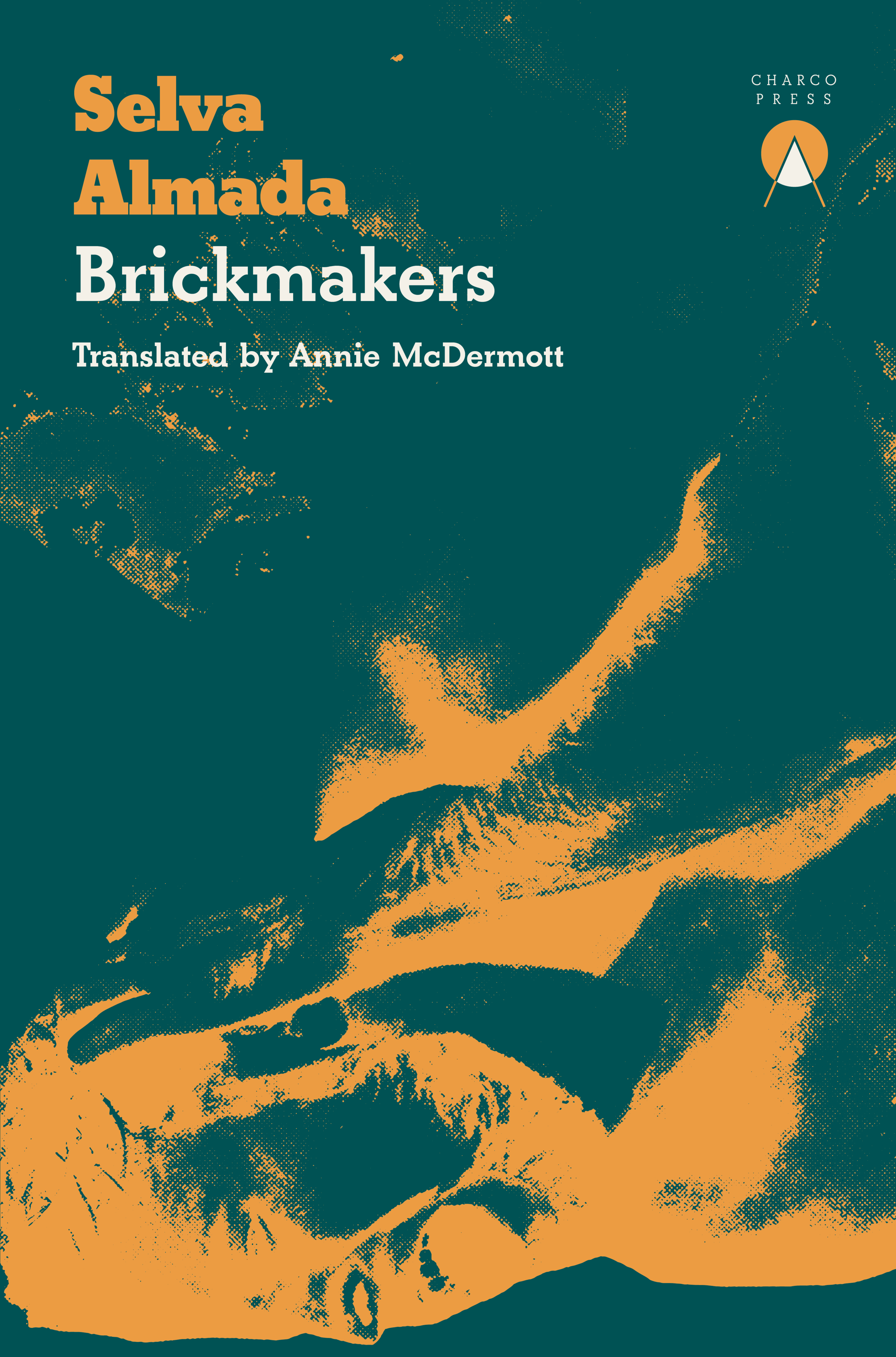 As the narrative opens, we meet two young men lying close to death in an amusement park. Rivals in a multi-generational family conflict, Pájaro and Marciano have each avenged their family’s honour in a knife fight, and are now bleeding to death as a result. This is the present, which unfolds slowly in the course of the novel, but is punctuated by extended flashbacks to a past in which the two young men had a future. We know the novel’s conclusion at its beginning, then, but this does not in any way diminish the drama or the pathos of the narrative. In fact, by meeting Pájaro and Marciano so vulnerable in their proximity to death, we see a side of them that would not necessarily have been evident in the bravado and machismo of their adolescence and coming-of-age. Marciano “wants to get his face out of the mud and closer to the cool dawn air, see if he can’t suck some of that fresh, newborn air inside him. Time is precious, they say, but not the pittance he  has left; loose change at the bottom of a pocket.” Pájaro, meanwhile, “coughs and that soft sweet warm whatever leaves his mouth … His eyes fill with tears that trickle from the corners, seeping all the way behind his ears. He lets his arm drop, rests his palm in the mud.” Lying abandoned in the mud, these two are not heroes but victims, and this is part of Almada’s brilliance in terms of storytelling: characters who might not behave in an endearing or likeable way are not left as one-dimensional caricatures but have depths that become apparent when we encounter them at their most defenceless.

In a hallucinatory state close to death, the young men are visited by the ghosts of their fathers, with whom they both had a traumatic relationship: while Marciano’s was a drunk who ended up brutally murdered after emerging from a late-night card game, Pájaro’s was an abusive and sadistic man who abandoned his family and left his son feeling that “one day his body will be big enough for the fury he’s lived with all his life.” The machismo leaks from the pages: the men’s disappointment at having daughters, pride in having sons, preference for abandoning hard labour and instead propping up bars where they could “exchang[e] tips on how to treat women so they’d stay in line and know their place.” The women, meanwhile, toil thanklessly, accepting that “men always wound up hitting their wives in the end” and holding their broken families together as best they can. As in The Wind That Lays Waste, the landscape reflects the heightened situation and emotions, offering “days when the heat cracks the earth” in a place where “all anyone knows is violence and force.”

Pájaro and Marciano grow up with this rivalry and violence, and yet as boys they are inseparable friends, offering the possibility of redemption for their fathers – yet as anyone who has read The Wind That Lays Waste will know, Almada is not prone to redeeming her characters in emotional reconciliations and the enlightenment of self-awareness. Instead, through a series of misunderstandings, the boys end up hardening into the same sworn enemies their fathers were: “Not for nothing were they their fathers; sons, each one a chip off the old block. That minor grudge, as time went by, hardened to stone in each boy’s heart. And by the winter holidays, the pair, who’d been inseparable until the summer before, were irreconcilable enemies.”

Brickmakers is translated by Annie McDermott, who also translated Almada’s journalistic fiction Dead Girls (a powerful interrogation of femicides in Argentina, brought to us by Charco in 2020 and reviewed here), and it’s a fantastic pairing. McDermott brings to the translation her characteristic sensitivity towards register and context: she deftly replicates the unique blend of epic dramatisation that sweeps across the landscape and small-town lives and the slang that goes along with them. I particularly appreciated the occasional term being left in Spanish (“indio”, “mencho”, “telenovela”, “tagada”, “some chinita from the barrios”); this refusal to adapt the culturally specific and dilute it through familiarity is a judicious means of asking readers to come towards translated literature and cultural difference rather than expecting it to arrive with us in a neatly recognisable packaged form.

Overall, this short novel covers ingrained machismo, rivalry, generational conflict, gender violence and sexual prejudice, with no sermonising or unnecessary melodrama. It’s a brilliant, sizzling, unmissable treat – and if you’re still not convinced, then let me end with the tantalising promise that the final line alone is worth you giving this book a whirl.