Fernanda Melchor’s Hurricane Season is a torrential vision of people on the margins of society, and a rage against a world that abandons them there. The narrative opens with a rotting corpse found floating in an irrigation canal: the Witch is dead. Like a clanging gong announcing the event, the news reverberates throughout the village, and thus begins a kind of murder mystery. Yet to pigeon-hole Hurricane Season as “just” a murder mystery would be to do a great disservice to a narrative that is so much more than that. It’s an unsparing account of femicide, machismo, tribal terror and social destitution, and for me it was less about uncovering the “truth” of the murder and more about delving into the psyche and circumstances of the characters, to understand what led them to the pivotal moment that simultaneously connects them and creates deep divisions between them. 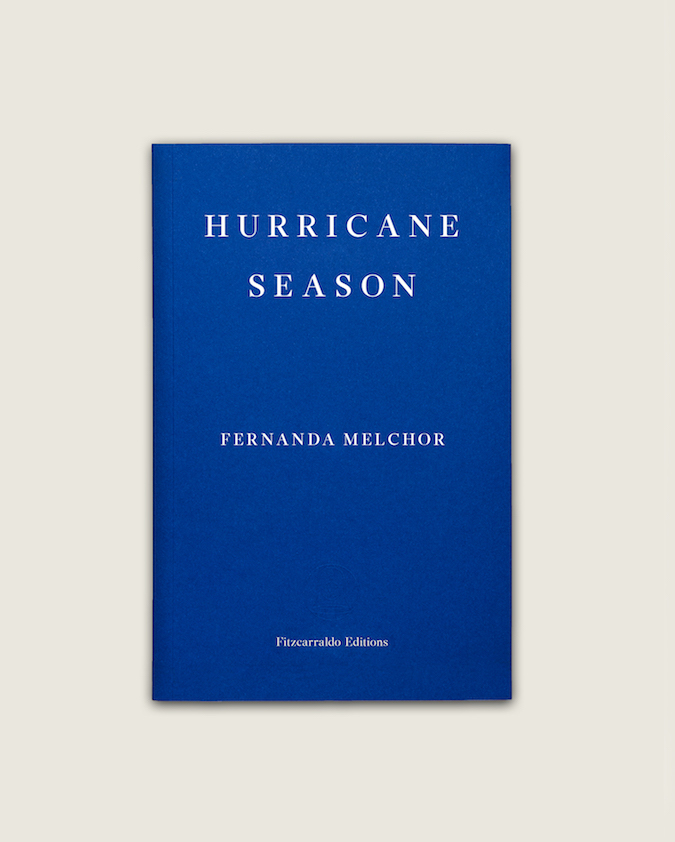 The premise is based on a real-life story in which a body was found floating in a river, and the justification for the murder was the victim’s alleged sorcery: Melchor takes this true story and casts it in the fictional Mexican town of La Matosa, a godforsaken place riven with violence and superstition, and on the margins in every way. We follow the events from the perspectives of different inhabitants of La Matosa: each principal character has his or her own chapter, and each story is woven with the others to form a richly grotesque tapestry of lives forgotten by the state and left to rot in their own squalor, the interconnections not always evident until the end of a chapter or a seemingly throwaway comment within it.

The Witch herself never speaks through the narrative, but pulls all the other stories together. She is constructed for us only in the minds and exaggerations of others, adding to the “small-town” patina:

“They called her The Witch, the same as her mother … If she’d had another name, scrawled on some time-worn, worm-eaten piece of paper maybe, buried at the back of one of those wardrobes that the old crone crammed full of plastic bags and filthy rags, locks of hair, bones, rotten leftovers, if at some point she’d been given a first name and last name like everyone else in town, well no one had ever known it, not even the women who visited the house each Friday had ever heard her called anything else.”

The Witch is defined by hearsay and gossip, her power feared and so expunged in the only permanent way possible (although even then, death quite literally has no dominion: “They say she never really died, because witches don’t go without a fight”). As for how she ended up floating in a canal with her throat slit, we only find out through third party reconstruction: this is a novel in which nothing is as it seems, where one person’s freeloader is another person’s saviour and the most flamboyant of characters can have the most banal of ends. We meet memorable characters in wretched circumstances: from Luismi, who “might have looked like a stupid prick (but) wasn’t one, because he always managed to give his crazy-ass cousin the slip before he went off to fumble with his butt-boys”, to Norma, compelled by society and circumstance to take her fate into her own hands with horrific results, and Brando, embroiled in a violent chain of events that he barely understands and that will ultimately destroy him. The personal tragedy wrought by universal inhumanity is almost intolerable: this is not just about Mexico and its demons, but about the monsters we make with global indifference.

There are no paragraph breaks in Hurricane Season; each chapter is one unbroken torrent of narrative wrath. In a recent feature in Publishers Weekly, Melchor explained that the first two chapters came out that way, and then she set herself the technical challenge of maintaining this style and momentum throughout the novel. She writes with undisguised and undiluted fury, raging against the lack of future for her characters and the people they represent. It’s violent but never gratuitously so, foul-mouthed but authentically so, relentless but compellingly so: you know how sometimes you wish you could unleash all your anger on a person or phenomenon that has injured you, but you know you could never come up with the flawlessly crafted surge of put-downs at the perfect moment (think Fleabag and her lambasting of her brother-in-law that is going so well until she ends it by calling him a “weakie”)? Every inch of Hurricane Season is that perfect diatribe, and not just in Melchor’s hands: Sophie Hughes translates with her trademark verve, her unparalleled sensitivity to characterisation and register, and a linguistic agility that, quite frankly, left me stunned in admiration. Sugar cane “fissles”, “glistering hot coals” fire the cauldron, we meet “skanks” and “gobshites” and people “getting their rocks off”. Hurricane Season is a broken dam of words unleashed in a deluge of profanity: it is, in every sense, a force of nature, and Hughes offers a blistering translation. She conveys all of Melchor’s brutal lyricism in a way that manages to feel effortless: all of the intense labour, the insecurity, the angst of translating such a novel vanishes in the execution. I cannot imagine a more perfect blend of authorial voice and translatorial mastery: this is the yardstick by which many other books will be measured. The threat of a hurricane swirls over La Matosa, and leaves in its wake “a searing pain that refuses to go away”: Hurricane Season is a linguistic and emotional whirlwind, bewitching and almost unbearably addictive, quite simply one of the best books I’ve ever experienced. Indeed, to say I “read” it feels somehow inadequate to convey the way in which I was drawn into the centrifugal force of this particular narrative: I highly recommend that you too give in to its pull.