I’m always excited to receive a new book from Charco Press, and they kick off 2021 with a Cuban detective story brimming with lost fame, plot twists, basic mathematics and romantic entanglements. 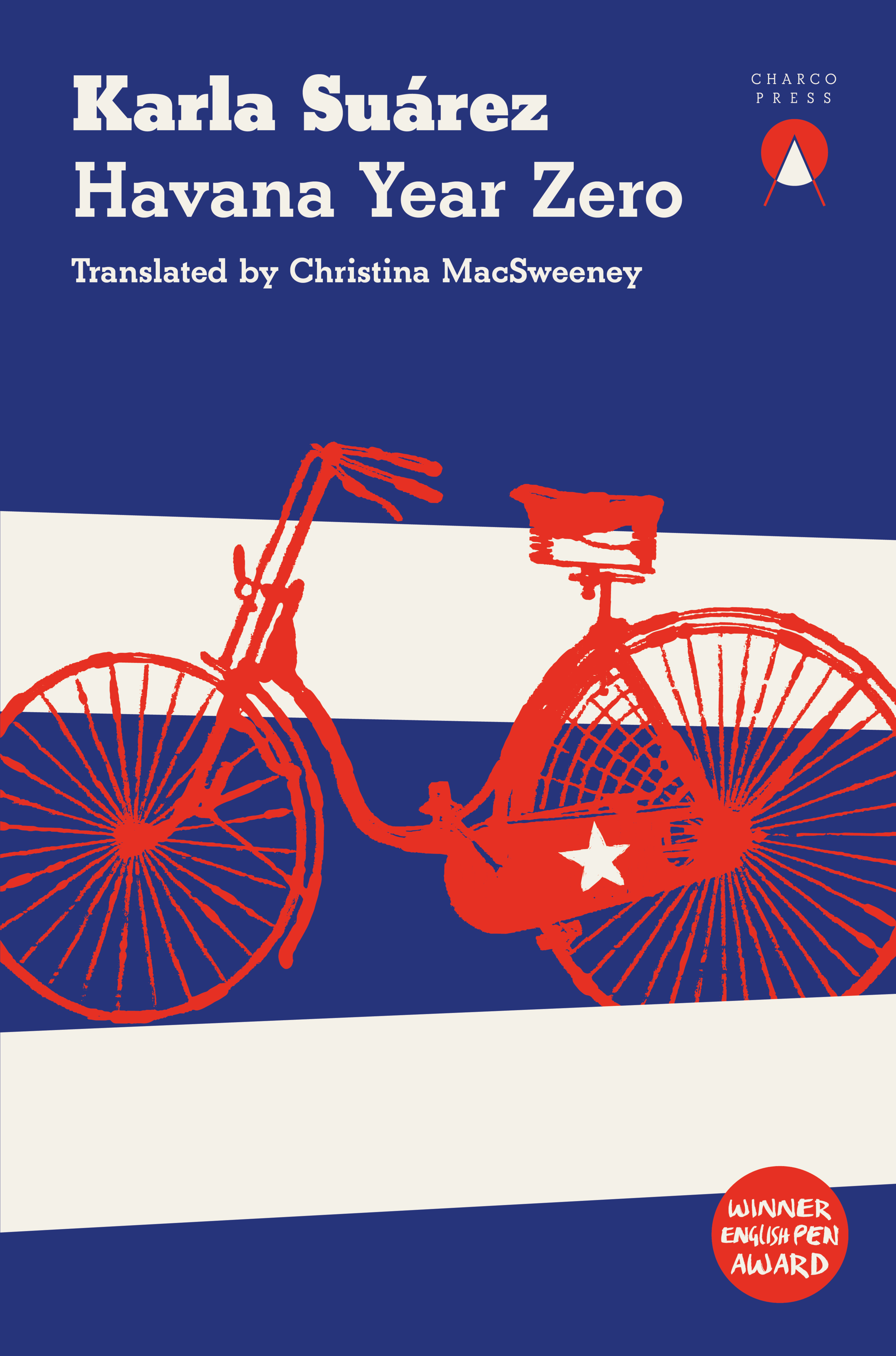 Havana, 1993: Cuba’s Year Zero. It is “the year of interminable power cuts, when bicycles filled the streets and the shops were empty”, and our narrator (who gives herself the pseudonym Julia) describes her life and the narrative intrigue as follows: “I was thirty and had thousands of problems. That’s why I got involved, although in the beginning I didn’t even suspect that for the others things had started much earlier, in April 1989, when the newspaper Granma published an article about an Italian man called Antonio Meucci under the headline ‘The Telephone Was Invented in Cuba’.” Julia is enlisted by her former professor (and former lover) Euclid to help track down an original document that will prove Meucci, and not Alexander Graham Bell, to have been the inventor of the telephone. The catch: everyone who knows about the document has a vested interest in concealing its whereabouts, and each person suspects another of foul play. Thus begins a science- and rum-fuelled bounty hunt, in which friends will turn out to be foes and rivals might just be allies. Julia’s allegiance shifts variously between Euclid, her lover Ángel (whose true connection to Euclid will be revealed later in the narrative), and a garage-dwelling author named Leonardo – but each of these decidedly unreliable men also has a weakness for both Barbara, the overly friendly Italian researcher and Margarita, the spectre who haunts Julia’s happiness “like a hand moving things around beneath the Ouija board”.

Confused? Don’t be. Suárez will guide you through this labyrinth with mathematical precision and a whole lot of heart. The novel is instructive and meticulously researched, yet the sections in which we learn about Meucci’s life, his ambitions and his ignominy, never feel shoe-horned in; rather, his story is woven into Julia’s, as she gets closer to the man each time the elusive document is pulled from her reach. There is also a lot to learn here about Cuba’s “special period” and the daily deprivations that became commonplace, as well as the black hole of global aid (“the friends from overseas, the Soviet Union and almost the whole socialist bloc, had disappeared off the map, leaving us practically alone, floating in mid-ocean, and with the United States just ninety miles away”). But most of all this is the story of a woman fighting to survive, and of the people who elevate and devastate her along the way.

The style is interesting and engaging: Julia combines her scientific obsession with her social observation (“There’s a mathematical rule: your students’ stupidity is directly proportional to your mood; the worse you feel, the denser they become”; “like fractals, we reproduce the worst of ourselves and aren’t even aware of it”) and frequently uses second-person address, including regular direct questions that create intimacy (“without warning, everything had changed. Absolutely everything. Get it?”; “We were living in chaos. Right?”). There were a couple of details that interrupted the narrative flow a little, whether a syntactical slip (“Why was I at there?”) or a section of switching between formal and informal second-person address that I found confusing on first read, but overall MacSweeney’s translation is a patient and humorous rendering of Suárez’s precise yet emotional style. Character descriptions are amusingly succinct (“Leonardo was one of those people who need no encouragement to talk; in fact his words seemed to be permanently stationed just outside the door, waiting for a moment of carelessness to barge in”), and Julia’s comments on her own lifestyle are as wry as her observations of Cuba, men, her students, and human nature more generally (“I make it a rule never to go to bed with two men on the same day. Unless it’s at the same time, but that’s another matter. The thing is that I hadn’t planned for the night to end that way. It’s infuriating.”)

As usual I’ll avoid spoilers, but I must just say this: the ending of Havana Year Zero is GENIUS. It makes the frustration of all the twists and turns entirely worthwhile, and gave me a feeling of immense satisfaction as I turned the final page. This is an interesting and innovative debut novel, combining scientific research and detective fiction with a generous dose of humour and warmth.