The Dolls is a collection of four stories, all populated with estranged or exiled characters navigating surreal situations. Each story invites us into an uncomfortable world and gives few clues about how to navigate it: things change inexplicably, personal philosophies are spat out like slogans, and we exit each nightmare without learning the narrator’s ultimate fate. 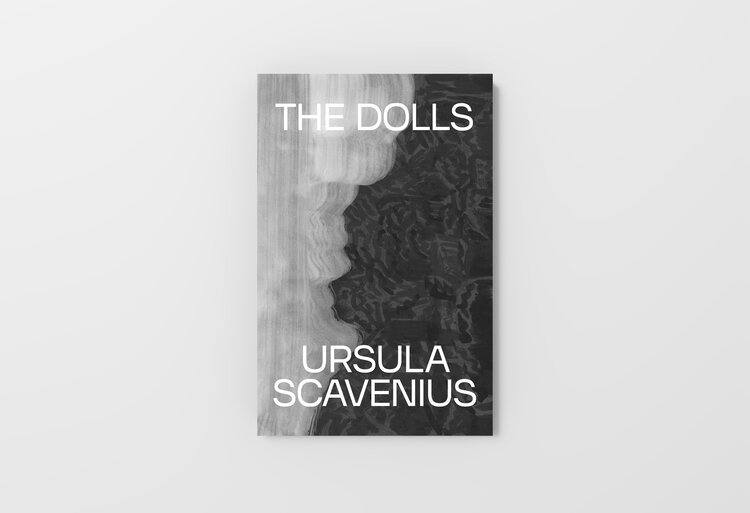 ‘The Dolls’ is the first story, a tense, original and quietly harrowing opening to the collection. A household tries to maintain a semblance of normality despite neo-fascism raging outside their walls and one of the daughters having moved permanently into the cellar: the wheelchair-bound narrator attempts to placate her parents by agreeing with their views, and to connect with her sister as she passes notes and food through the grille to the cellar, but she herself is imprisoned in the house as the sinister Machine accelerates slowly and inexorably towards them. There is a nightmarish quality to this story that finds echoes throughout the collection: each time the narrator looks away to observe her family or her neighbours, she turns her attention back to the Machine only to find it is closer than it was before. Like the gaps in the dream, much is left unsaid: we know that the narrator was not always in a wheelchair, that her sister did not always reside in the cellar, and that the Machine did not always have the power it currently wields. Yet the narrative is concerned only with the present, and not with any personal or social developments that led the family and their country to this point. The workings of the Machine itself are mostly left to the imagination, with some sinister directions as guide (for example, the narrator thinks back to “when they first began putting entire human beings on the conveyor belt in the Machine”). The parents work at the Machine, and believe that if they accept the regime and try to quietly advance their role there, then their family will be safe: they must not get sick, or they may end up on the conveyor belt themselves, but the mother hastens to remind her family that such a death sentence would be better than becoming useless. This  belief that abiding by the rules of a corrupt system will bring security is a recurring feature throughout the collection, and is repeatedly shown to be based on fallacy: the extent to which the parents have internalised the propaganda of the “Machine” does not spare them from being crushed as it advances.

The dreamlike state continues in the second story, ‘To Russia’, in which a disgraced engineer abandons his family: the tunnel he and his partner built was supposed to be a beacon of progress, but has collapsed and become a burial pit. He leaves his home one morning with no belongings and no goodbyes, and makes his way through Ermelunden Forest with the intention of travelling on foot to Russia and starting his life again there. However, in his newly itinerant state he finds himself drawn towards a house and falling into the welcome he receives from an ageing woman who lives there: there is a tender heart in this story of abandonment and missed opportunities.

The nightmarish storytelling is at its most concentrated in the third story, ‘Notpla’s House’: this is narrated by a woman who is running from something, but she cannot remember what. Some kind of epidemic is ravaging the country, and there is a dark nod to unpunished historical crimes. In the blink of an eye the landscape and people can shift: the narrator lurches from one dangerous scenario to another, never fully understanding what is happening to her or expected of her.

The collection is characterised by a claustrophobia that builds to a crescendo in the final story, ‘Compartment’: this is the narrative of three siblings transporting their dead mother by train to her Hungarian homeland, and takes place entirely in a small, dank train compartment. At the start of the journey their mother, Nasfa, was alive; the circumstances of her death are never fully explained, though her past is brought to life as the narrator remembers her childhood during the interminable waits as the train stops inexplicably. There is no escape either from the train, perpetually in stasis between two stations, or from the confinement of the narrator’s inner monologue, and yet as elsewhere in the collection the circumstances are explained only in the vaguest of terms. The journey seems unlikely to reach a conclusion or destination, leaving the narrator to contend with her two somnolent brothers and their growing desire to abandon both the train and the corpse they are travelling with.

The Dolls is noir without falling into cliché, presenting unconventional family relationships that collide with circumstances in which the borders between the real and the fantastical disintegrate. The language throughout the collection is vivid and varied, and the translation is appropriately atmospheric: Jennifer Russell has done a marvellous job of weaving the narrative seamlessly between an almost dreamlike lyricism and a grisly reality. Destabilising and often disturbing, Scavenius’s worlds are dark, uncompromising and dystopian, fiercely anti-establishment and addictively macabre.

Review copy of The Dolls provided by Lolli Editions