Translated from the Spanish by Frances Riddle (Charco Press, 2018)

The German Room is the final release of 2018 from Charco Press, and what a year it’s been for them: A Man Booker International longlisting (for Ariana Harwicz’s Die, My Love, translated by Sarah Moses and Carolina Orloff), a win at the Creative Edinburgh Awards in the ‘Start-Up Award’ category, five new books (including one of my favourite books of the year, Margarita García Robayo’s Fish Soup, translated by Charlotte Coombe), and the celebration of their first anniversary in business. Charco Press is, without doubt, one of my favourite discoveries of 2018 – I love their attitude, their vision, and their commitment, and I have yet to read a book from them that I didn’t like. So in some ways I was almost fearful to start The German Room – I received a review copy and all I could think was “I hope it’s as good as I want it to be.” So… was it? 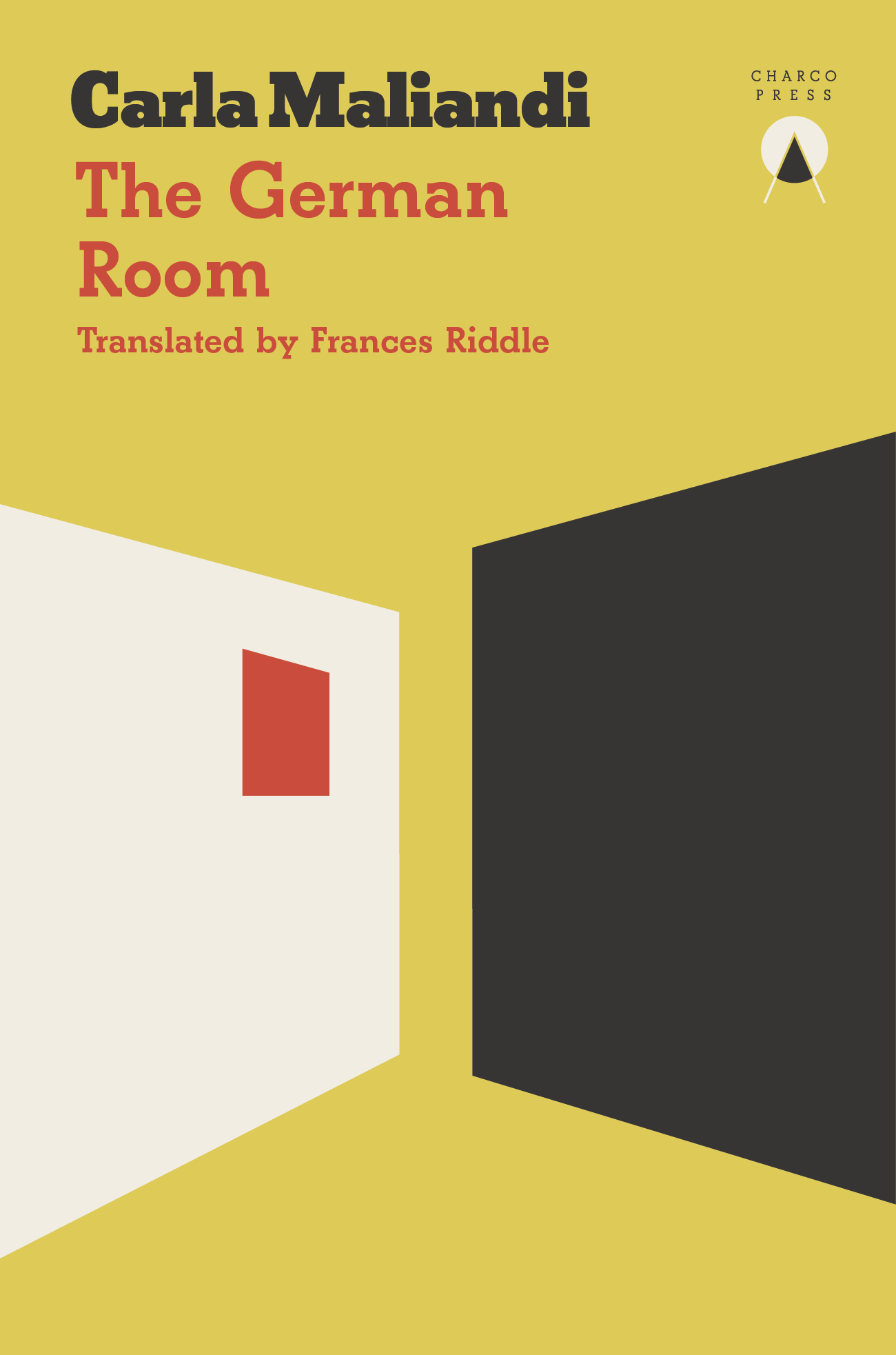 The German Room is a tale of escape and “becoming”, of nostalgia and displacement, and its central premise is particularly thought-provoking: if you flee your life because it becomes intolerable, what are you fleeing towards? And will your problems follow you there? I hesitate to call this a coming-of-age story, because I think it’s more of a reflection on the modern condition: we have infinite possibilities of where to go if we want to get away, but what on earth are we going to do when we get there? As the unnamed narrator reflects early on in her story, “even if I crossed the whole world looking for a place to feel at home, I wouldn’t belong anywhere.” Though this raises universal questions of displacement and self, the particular catalyst for the narrator’s sudden departure from her hometown of Buenos Aires is a rancorous break-up. Telling no-one that she is going away, she boards a plane to Heidelberg, the German town her parents fled to in an escape from the dictatorship in Argentina three decades earlier, and where she spent several years of her childhood. Yet a return to a place where she was once happy does not necessarily mean a return to happiness, and she finds herself adrift there, lacking purpose but yet not actively seeking it either. She takes a room in a university hall of residence, and enjoys the anonymity there: no-one knows who she is or why she is there (they all assume she is a student), and she doesn’t even have a home to keep clean – this is as much as anything an escape from adulthood and a return to a simpler time. Yet very adult concerns lie in wait for her there: an unlikely friendship with a fragile international student, a reluctant co-dependent friendship with the only other Argentine in the residence, a fleeting sexual encounter with a student she barely even likes, the pressure from the hall’s warden to enrol on a course or lose her right to remain in her room, and an increasingly sinister relationship with a Japanese woman in a state of grief. As if this ensemble cast of unlikely acquaintances didn’t provide enough intrigue, she also collides with Mario, a professor who, as a young man, lived in refuge with her family (an encounter which brings up past memories and offers a poignant insight into the traumatic consequences of a life spent in hiding), becomes sexually obsessed with the man  Mario loves, and discovers that she is pregnant – possibly by her former boyfriend, possibly by a rather vapid friend with whom she had a one-night stand when her relationship broke down.

Frances Riddle has translated this book extremely well: there is nothing in the English that seems awkward or out of place. There are things that must have been difficult to translate (Miguel Javier, for example, is “the Tucumano”, referring to the region of Argentina that he comes from; though “the Tucumano” might not be recognisable out of context in English, there seems to me no other way of describing him, since simply referring to him by name would erase the socio-cultural references which are so important to his characterisation and the power dynamics of his relationship with the narrator). I also greatly appreciated Riddle’s translation of Gabriela Cabezón Cámara’s Slum Virgin (Charco Press, 2017), and imagine that Charco’s Spanish-language texts are in safe hands with her.

Carla Maliandi’s debut novel meets the level of quality I’ve come to expect from Charco books: in particular, I find it quite an achievement to write a narrator who in many ways is quite unlikeable, and yet make her sympathetic. I was quite surprised that I didn’t find myself getting irritated with the narrator or finding her introspection tedious: the character is written in such a way that she seems aware of the potentially self-indulgent nature of her own train of thought, and just stops short of being grating. Perhaps the other thing that saves this from being too navel-gazing is the overlap of the present-day personal story and a more universal past history: when asked why she wants to be in Heidelberg, the narrator replies that “I don’t know, maybe all my life I’ve idealised my childhood here, maybe I remembered this city as a place where time passed in a different way. Here, we hoped that everything would get better so that we could go back, and in the meantime, we were in limbo, far away, happy.” Heidelberg was once a place where her family sought refuge until things got better at home, and she is attempting to repeat this experience, even though she is unsure what she’s really doing “in this conservative storybook city, in this repulsively perfect country.”

It seems that what the narrator is seeking above all is anonymity, even invisibility: she likes living in the residence because “being there is like not being anywhere, it’s being alone but surrounded by a lot of people, having everything without owning anything, and being able to pass unnoticed.” Passing unnoticed will, she thinks, allow her the time to decide what she is going to do with her “life in shambles”, but even this desire remains unfulfilled, primarily because of her encounters with two particular characters and their families. Firstly, Miguel Javier (“the Tucumano”) wants to spend time with her because she represents for him some kind of anchor connecting him to his homeland, and she ends up being dragged into his sister Marta Paula’s life back home, a life of drudgery and self-sacrifice where Marta Paula’s only outlet is to visit Feli, a psychic who begins to destabilise and threaten all of their lives. Then there is Shanice, a Japanese student whose brash happiness is nothing more than “a horrible sadness disguised with bright colours and screeching music”, who wants to befriend the narrator in order to feel useful, and whose mother ends up coming to stay in Heidelberg and attaching herself to the narrator like a vampire. The narrator’s initial desire for solitude is both disrupted and reversed by this motley crew of companions, leading her to realise that there is no simple solution to her need for flight. Ultimately, the narrator’s plan for escape seems doomed to fail: as she notes herself, “simply returning to your childhood home is not much better than having no plan at all.” Her pregnancy pulls her back to the very place and people she had wanted to forget, and her prospects in Heidelberg are limited. The overlaps between past and present are particularly affecting here: having lived the happiest of childhood exiles in Heidelberg out of political necessity, her adult return to the place where she felt safe only destabilises her further, and in her encounters with Mario she begins to realise quite how severe the circumstances really were when she was a child. Now carrying a child herself, and reluctant to commit to motherhood, she seems to be seeking above all a solution to her rootlessness – a solution that is not neatly packaged and offered to us.

The narrative ends ambiguously, in a scene that is almost mystical: this was the only part I wasn’t quite sure about. I don’t want to give away the ending so I shan’t discuss it in detail here, but it certainly didn’t detract from my appreciation of the novel as a whole. In fact, I was entirely swept away by The German Room: at the end of each chapter I kept telling myself “just one more”, and ended up racing through it in a day. 2018 is definitely ending on a high note for Charco Press.

The German Room is released on 22 November 2018; you can order a copy here. 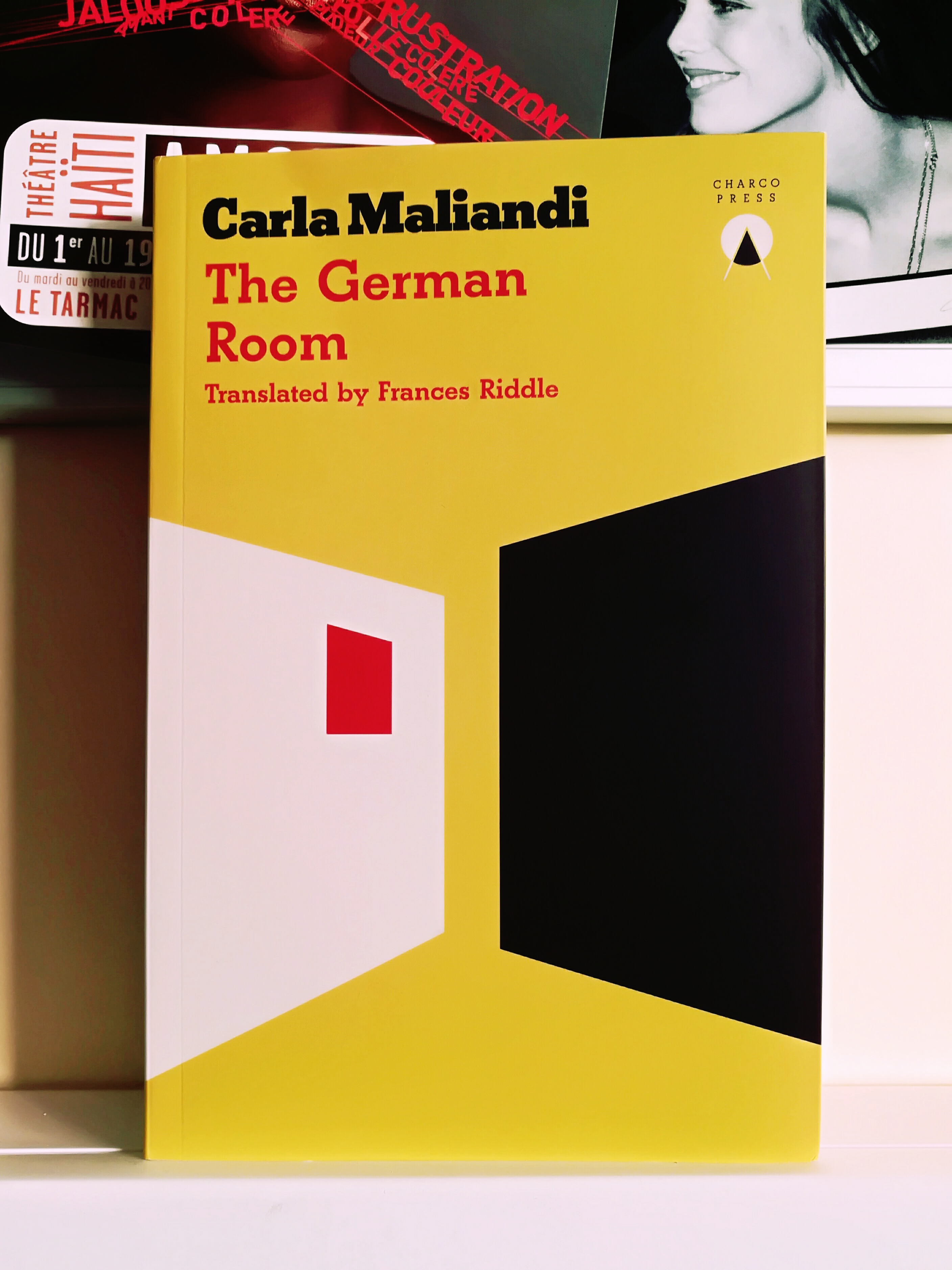