End-of-year compilations are abundant at the moment, and after an exciting year – generally, with the Year of Publishing Women, and personally, with the development of this blog – I want to round off the year with my top picks and recommendations of 2018. I’m going to start by sharing my four Books of the Year as revealed in the interview I did with Sophie Baggott for Wales Arts Review, then talk about four more books that I’ve loved in 2018, before looking ahead to some exciting things coming our way in 2019. 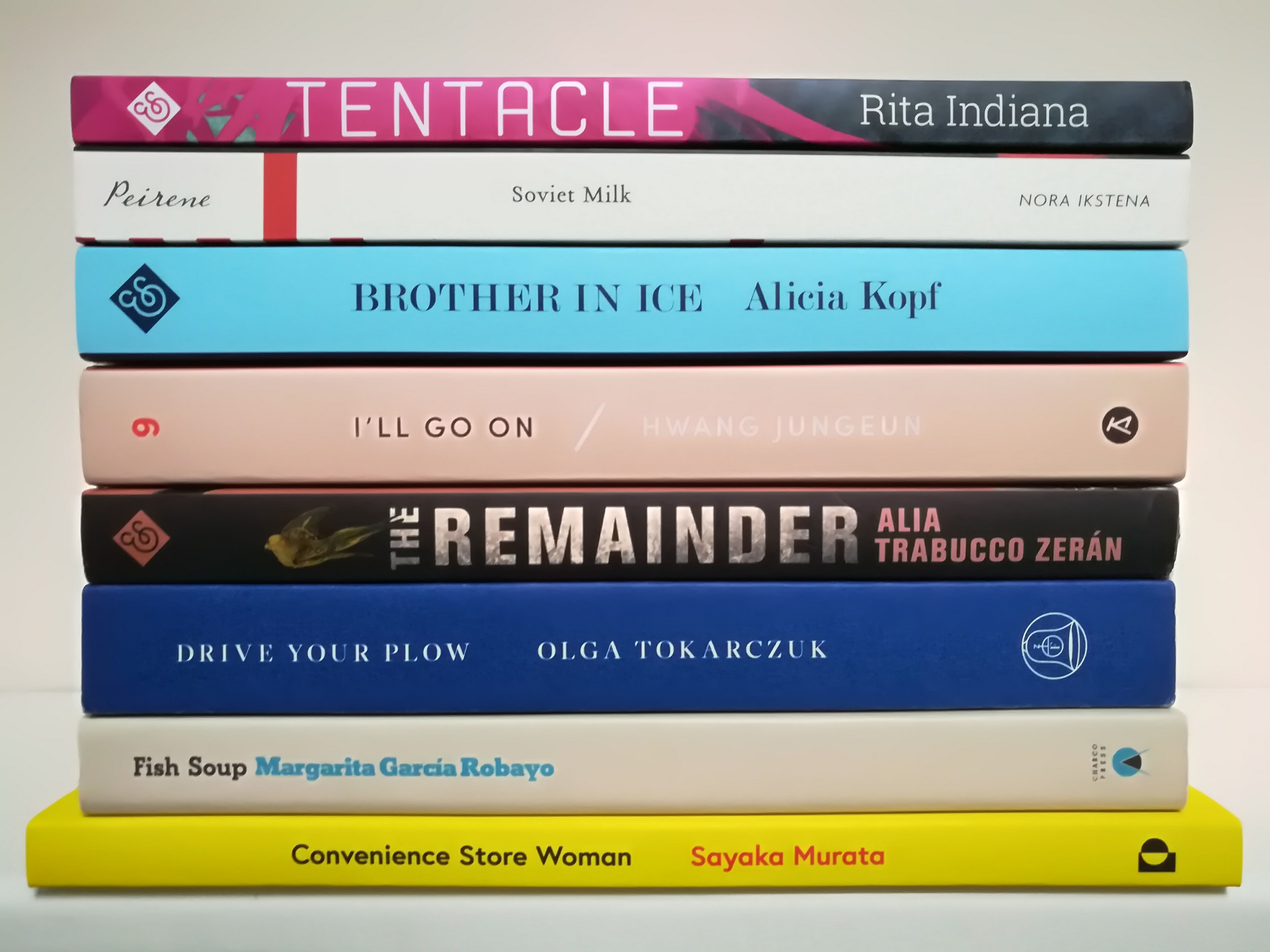 In order of publication date (to avoid any other form of “ranking”), here are my four favourite picks of 2018. 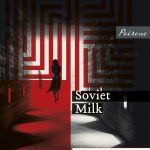 First up is Soviet Milk, the story of three generations of Latvian women based on author Nora Ikstena’s own life, published by Peirene Press. I mentioned in my review of Soviet Milk that it intertwines with my family history, and it’s fair to say that I read much of Soviet Milk through misty eyes. But Soviet Milk is heart-wrenching whether or not you have a personal connection to the history, and is a fine example of how literature can reveal the immeasurable consequences that historical tragedy can have on the life of the individual. The mother, always “striving to turn out her life’s light”, cannot accept the impact of Soviet rule on her homeland, and in rebelling against it condemns her daughter to relative exile, unable to give her maternal affection. It is the daughter – Ikstena herself – who offers this devotion back to her mother in a poignant tribute to a woman whose despair consumed her ability to love. The translation by Margita Gailitis strikes a perfect balance that rages and laments without ever descending into melodrama. 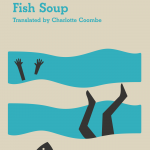 Don’t fall over with shock, but my next choice is Margarita García Robayo’s Fish Soup. I know, I’ve raved about it (repeatedly), but with good reason! This is not only an excellent collection of stories and novellas, but also the kind of writing that carries you back and forth between desperate wincing and uncontrollable giggles. It offers a snapshot of what the author describes as a “Latin American universe”, but also has a universality in terms of female experience, unromantic realities, adolescent frustration and the weight of tradition that will have broad appeal (particularly when recounted with such caustic humour, beautifully replicated in Charlotte Coombe’s glorious translation). You might have read about my meeting with Margarita, and I have to say that discovering Charco Press, reading Fish Soup, and interviewing Margarita are right up there in my 2018 highlights. Fish Soup is utterly brilliant and uncompromisingly hilarious, and I recommend it unreservedly. 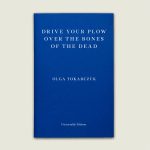 After starting the year in relative obscurity in the English-speaking world, Olga Tokarczuk has become something of a household name for literature lovers. Although I enjoyed her Man Booker Prize-winning Flights, published last year by Fitzcarraldo Editions in Jennifer Croft’s translation, it was Drive Your Plow Over the Bones of the Dead that really stood out for me (you can read my full review here). Tackling issues of ageism, animal cruelty, environmental damage and individuality through the lens of a pseudo-noir murder mystery, this was an unexpected page-turner, offering plenty of insights into the human condition and several moments of sheer hilarity, all brought together in an immaculate translation by Antonia Lloyd-Jones (again for Fitzcarraldo). Drive Your Plow is a delight from beginning to end: it’s a tale of philosophy, astrology, fatality and retribution, all recounted by a unique, oddball and utterly brilliant narrator who will sweep you up into the banalities of her daily life and the enormities of the universe. 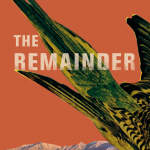 And finally, a book I have yet to review, though I have mentioned it in a previous post: The Remainder by Alia Trabucco Zerán. If ever you should be disappointed that more publishers didn’t commit to the Year of Publishing Women, then just read this book and you’ll soon feel instead that a small take-up produced great things. The Remainder is a tumultuous riot of a road trip (in search of a dead body that’s gone missing in transit between Berlin and Santiago de Chile) that, in amongst a series of hilariously inappropriate events, tackles the serious issues of historical memory and the generational transmission of guilt. Three main characters struggle with the burden of their parents’ suffering, and bond over death, grief, and nicotine. Throw in a rickety hearse, winding mountain roads, and more than a few bottles of pisco, and it’s a literary treat. The translation by Sophie Hughes is pitch-perfect. 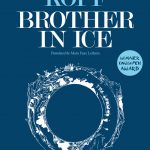 There have been several other releases that I’ve greatly enjoyed this year. Since And Other Stories were publishing only women this year, the odds were high that I’d find a few I liked, and though The Remainder was the one I loved most, I have to mention two others that I’d highly recommend. Firstly, Alicia Kopf’s Brother in Ice, translated from the Catalan by Mara Faye Lethem, which experiments with genre and drifts between the microscopic detail of individual life and the immensity of polar expeditions, framing everything within an ice metaphor which might seem improbable but which Kopf pulls off deftly. Living with an autistic brother (“a man of ice”) and negotiating relationships in the modern world don’t seem like obvious counterfoils for discussions of polar explorations, but it works brilliantly. Brother in Ice started out as an exhibition, and it is a startlingly luminous multi-genre work of art. I found the translation overly literal in several places, and although this did not prevent me from enjoying Kopf’s daring, creative debut, I’d like to read her own translation into Spanish at some point. 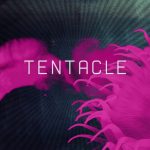 My surprise end-of-year highlight was, undoubtedly, Tentacle, by Rita Indiana, translated by Achy Obejas. In a mid 21st-century dystopian Dominican Republic, an ecological crisis has turned the sea to sludge and killed most ocean life. Maid Acilde inadvertently holds the key to future survival, but first must become a man (with the help of a sacred anemone) and travel in time to save her home. Tentacle is explosive, innovative, steeped in history but defying tradition, a social comment that never feels moralistic: it encompasses religion and voodoo, male and female, past and present (and future, while we’re at it), is a written text with oral qualities, beautifully constructed while seeming effortlessly spontaneous… put simply, it’s a psychedelic Caribbean genesis story with ecocriticism, voodoo and time travel thrown in – what’s not to love?! 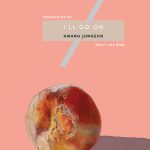 Regular readers will also know how much I enjoyed the final release of the year from Tilted Axis Press, Hwang Jungeun’s I’ll Go On, beautifully and sensitively translated by Emily Yae Won. Two sisters and the boy next door take turns to narrate their childhood and adult life: they thrash out their relationships with each other, their mothers, and themselves, doomed to never truly understand one another yet committed to negotiating life together. In a world where notions of family are becoming more fluid, this quietly profound novel examines the bonds we choose, and those we cannot shake off, and offers reflections that transcend the context of the novel and become something akin to life mottos. One such favourite of mine is this: “The things we can’t seem to figure out no matter how much we think about and how deeply we look into them – maybe these things simply aren’t meant to be figured out, they’re not meant to be known” – read the last lines of my full review to see another that you’ll want to shout out loud to everyone you meet. 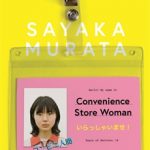 I’m still sad that Granta Books is shuttering its Portobello imprint next year, but Portobello have certainly gone out on a high: the smash hit of the summer (and Foyles Book of the Year) was Convenience Store Woman, and if ever you should judge a book by its cover, this would be the one, because it’s a perfect reflection of its heroine: like misfit convenience store worker Keiko herself, the unremittingly cheerful exterior conceals a depth, nuance and everyday tragedy beneath the surface. Keiko is not like other people, but no matter how hard her family tries to “fix” her, she cannot be “cured” of her differences, acknowledging of her calling that “When I first started here, there was a detailed manual that taught me how to be a store worker, and I still don’t have a clue how to be a normal person outside that manual”. Convenience Store Woman challenges us not to assume that “normal” means “better”: Sayaka Murata writes a complex, loveable heroine who cannot understand the world, and in Ginny Tapley Takemori’s excellent translation, Keiko endears herself to new audiences. Like Keiko, Convenience Store Woman is delightful, original, and impossible to put into a box.

Finally, instead of choosing another two books and making this a “top ten”, I thought I’d share what I’m looking forward to for 2019.

And Other Stories will continue to bring us excellent women’s writing next year, with three women in translation titles, of which these two appeal to me greatly: To Leave with the Reindeer by Olivia Rosenthal, translated from the French by Sophie Lewis, is “the account of a woman who has been trained for a life she cannot live”, and The Polyglot Lovers by Lina Wolff, translated from the Swedish by Saskia Vogel, represents a “fiercely witty and nuanced contribution to feminism in the #metoo era.”

Charco Press have a bumper year coming up, with new releases from Ariana Harwicz (whose Die, My Love was longlisted for this year’s Man Booker International Prize)  and Gabriela Cabezón Cámara (if you’ve seen my virtual bookshelf, you’ll know that Slum Virgin is one of my “must-read” recommendations, so a new Cabezón Cámara translation is cause for much rejoicing here!) as well as a “Proustian love story” by Brenda Lozano, and debut novels by Selva Almada and Andrea Jeftanovic.

Peirene Press are publishing only women authors in 2019 in a series called “There Be Monsters”.

As well as the much-anticipated release of their Translating Feminisms chapbooks, Tilted Axis will be kicking off 2019 with Yu Miri’s Tokyo Ueno Station, translated by Morgan Giles.

Les Fugitives have a very exciting catalogue for 2019, with six new releases scheduled.

To conclude my year’s musings, I want to end with this beautiful reflection from an earlier Les Fugitives publication, Mireille Gansel’s Translation as Transhumance, translated with great warmth by Ros Schwartz:

“In these times of solitude and solidarities: translation, a hand reaching from one shore to another where there is no bridge.”

Thank you for reading with me in 2018; I wish you all a restful and joyful festive season, and I’ll be back in January with more women in translation reviews and reflections.