Translated from the Spanish by Megan McDowell (OneWorld, forthcoming February 2019)

Acclaimed Argentine writer Samanta Schweblin returns with this eerie collection of short stories brimming with murdered wives, abandoned brides, abject bodies, lost children, and evil spirits. Schweblin has perfected the art of writing on the fine line between reality and nightmare: by the end of each story, the comfortably recognisable world which has initially been shown to us has shifted towards something altogether more terrifying. 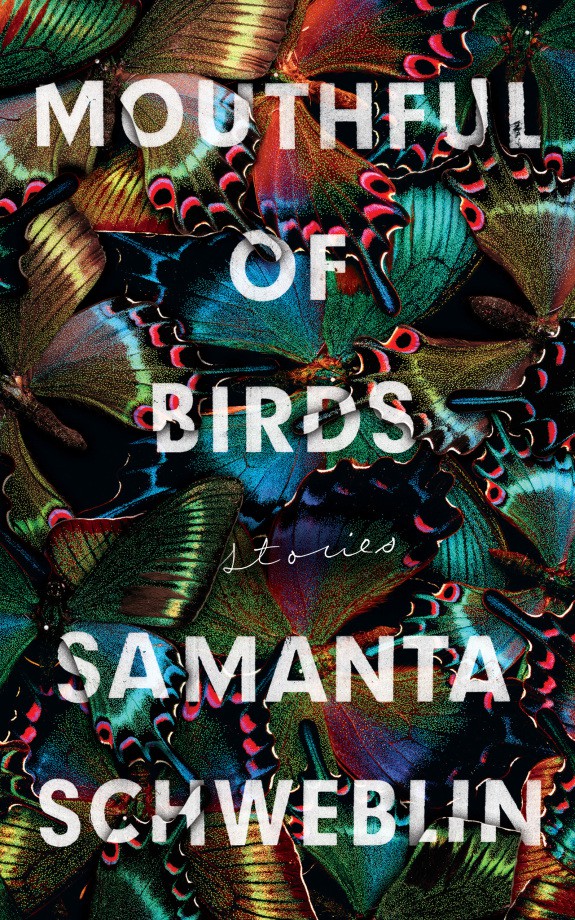 Schweblin first came to English-language readers’ attention with her novella Fever Dream, also translated by Megan McDowell and also published by OneWorld: it was shortlisted for the Man Booker International Prize in 2017, and is currently in production to be turned into a Netflix series. I loved Fever Dream, and not because I like horror stories (quite the opposite, in fact), but because I couldn’t put it down once I’d started. Like Fever Dream, Mouthful of Birds is hypnotically compelling: though each story is self-contained, I often found myself automatically carrying on to the next story even if I hadn’t planned to do so. The stories are well organised and form a coherent collection, broaching topics including environmental damage, ephemerality and mortality, private sorrows hidden behind projections of success or normality, infertility and mindless reproduction, the horrific things humans do because they are rejected for being different, and some wry observations about modern art and the patriarchy.

Schweblin’s talent is, for me, twofold: firstly, she is gifted at presenting a seemingly ordinary story, set in a tangible, recognisable world, and deftly slipping from the familiar to the unthinkable. Secondly, and this is possibly even more apparent in the short stories of Mouthful of Birds than in Fever Dream, she manages to combine complexity and concision in a quite remarkable way (consider, for example, this opening to the final story: “He returns to the room carrying a suitcase. Durable, lined in brown leather, it stands on four wheels and offers up its handle elegantly at knee level. He doesn’t regret his actions. He thinks that the stabbing of his wife had been fair, but he also knows that few people would understand his reasons.”) Megan McDowell does a superb job of translating Schweblin, gleefully communicating the sense of foreboding in the slightly-not-normal.

The collection opens with the magnificent “Headlights”, in which fields whispering with ghostly crowds turn out to be a bevy of jilted brides emerging from the darkness around the highway where the protagonist has been abandoned in her wedding dress after taking too long in the roadside facilities. I’m not going to spoil the ending here; I’ll just say it’s unexpected and brilliant. The title story, “Mouthful of Birds”, is an excellent example of how the familiar becomes suddenly threatening: a father, irritated by his ex-wife’s insistence that he take more of a responsibility for their daughter, goes to see her and finds her uncharacteristically serene and healthy. So far, so normal. But then a birdcage is unveiled, and the daughter gorges herself on its (living) occupant before turning round to bestow a bloody smile on her horrified father.

Many of the stories take place in liminal or desolate spaces: the highway, the countryside, an empty diner, a deserted railway station, on the way somewhere but never quite arriving, and these border places add to the sense of uncertainty. There are dead wives (one lying on the kitchen floor of a roadside restaurant, one stuffed ignominiously into a suitcase), lost children (an almond-sized foetus preserved for a future gestation, the sudden disappearance of a group of children obsessed with digging, a longed-for childlike being who is never seen, but seems to be a savage evil spirit), mild-mannered psychopaths and vengeful creatures, and nothing is ever quite what it seems. Turning points abound; “They lost their children that night” is the laconic pivotal moment of a story told over a rural beer counter, and when a man fails a gruesome rite of passage, the simple phrase “you hesitated” seals his fate, the ensuing horror left to our imagination. There is a dreamlike quality to Schweblin’s work that contrasts well with her tightly-structured tales; an unknown that pushes us towards a conclusion that, once reached, seems as though it was always inevitable, and which (whether we want to or not) we finish for ourselves.

My mention of dreams and nightmares are not arbitrary: they are referenced in the collection both explicitly (when a man believes that he has killed his wife and keeps waking up in his doctor’s house, wondering whether he dreamed the sequence of events) and implicitly (another character is trapped in a remote train station because he does not have the exact fare to continue his journey, and ends up being subsumed into life in the railway station). If there is something unsettling about Mouthful of Birds it is surely because, though Schweblin’s work has been described as “Gothic” or “magic realism”, the real horror comes from situations much closer to reality than we might like to think. In a recent interview, Schweblin commented on this aspect of her work, saying: “I love that it’s described as fantasy, because I’d like to think that’s a reflection of the impact it has on the reader: just the idea that something like that might happen to you makes you want to stick that world in the realm of fantasy.” The power of these stories lies in the way that they confront us with recognisable situations and turn them into a place we wish to avoid.

I suspect that Schweblin’s star will continue to rise, and if you’re not already familiar with her work, Mouthful of Birds is a good introduction. I do prefer Fever Dream – though this may be partly a question of genre, as short stories aren’t my favourite form – but If you’ve already read and enjoyed Fever Dream then you shouldn’t be disappointed. Addictive and imaginative,  Mouthful of Birds offers well-crafted stories of isolation and disintegration.

Reply on TwitterRetweet on Twitter68Like on Twitter159Twitter
Load More...
Skip to toolbar