Claudia Hernández, Slash and Burn, translated from Spanish (El Salvador) by Julia Sanches (And Other Stories, 2021) 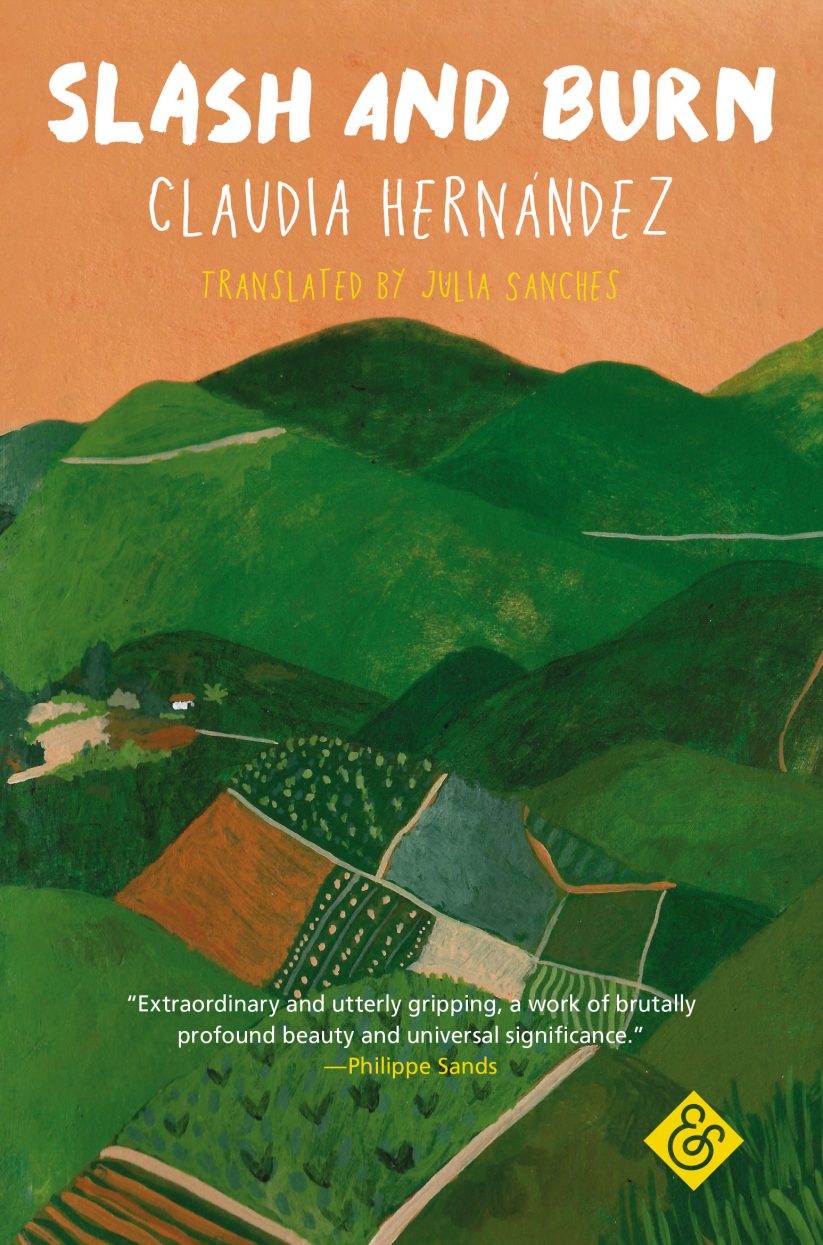 Slash and Burn is the first novel in English of Salvadoran writer Claudia Hernández. Technically exquisite and sensitively translated by Julia Sanches, Slash and Burn follows the life of a Salvadoran woman who fought in her country’s civil war, and who struggles to keep her family together years later. The unnamed woman gave birth to a daughter during the war, but the child was taken from her so she could continue to fight; her husband died in the war and she later had three other daughters, but hanging over the rural family life and its daily difficulties is the spectre of the child who was taken away. The mother desperately wants to be reunited with her daughter, and embarks on a voyage of discovery that takes her to France, a country distant in every way from anything she has experienced. There she finds an uptight bourgeois girl who is prone to bouts of depression and wants nothing to do with her, and so two family stories unfold simultaneously: the mother’s attempt to connect with her lost first child, and her efforts to keep together a slowly unravelling family back home.

Silence reigns over the household, the village, and the country: an unwritten code of honour means that the ex combatants internalise pain and try to provide a better future for their children without explaining to them what came before. However noble the mother’s silence may be, ultimately it rips through her family, creating fault lines between them that the children try to cross while each generation struggles to understand the other: “She couldn’t expect her to get married, have kids, and stay there for ever, looking after the children, the fields, and the chickens. Why not? She would’ve liked to do that herself. She would’ve preferred it to going about the mountains, weapon to shoulder. But she’d done it so they could have everything she was claiming not to want.” Yet it is the silence itself that perpetuates this lack of understanding, as the mother’s insistence on keeping her pain secret alienates her from her children: “Why couldn’t they appreciate the sacrifices she’d made? In part because she’d never shared any of the particulars.”

The peripheral characters are also beautifully sketched, giving a sense of both rural and urban life, and an insight into how history has affected every household. Simple, almost throwaway clauses show the reality of life both generally (“they had an itinerary to keep and a specific time to be back by if they didn’t want roadside thieves to seize everything they’d gone to the capital for”) and specifically for households where no man was present to protect the family (“the robbers respected the men’s presence, even those who were elderly or weaker than they were. They viewed the women as they had before the war, even though they’d fought beside them, saved their lives on occasion, and could even kill them now, claiming they’d trespassed on their property. But they knew none of them would.”) This kind of understatement is characteristic of the novel, where a loved one’s brutal death is mentioned obliquely while remembering a lost wedding ring (“It can’t have been left in the place where he was turned into a thousand pieces. And it wasn’t at home. That much she was sure of: he’d have told her”) and an unwritten wartime law is explained impassively (“they could end up on trial in their camps and lose their lives after being forced to dig the ditch their bodies would lie in”).

No character is named, and many of them have two names (neither of which is ever used explicitly) – one given at birth, and another in wartime. This is occasionally confusing, and must have been extremely challenging for the translation, but Sanches is never heavy-handed: “her name, not the one she got from her mother but the one she was given in battle. She’ll call her by her given name unless she goes by the one on her birth certificate. Some ex combatants had gone back to their earlier ones.” The lack of names both reflects the ex combatants’ need for anonymity and elevates the experience of individual characters to a more universal one – this is a close scrutiny of one family, but it is also representative of a generation.

The translator’s note at the end is excellent, and offers insight into the complexities of the political situation, as well as the challenges of translating a text where no-one is named. Sanches also makes a vital point about the importance of circulating narratives from parts of the world that don’t receive much attention, and adding to the diversity of the literary landscape. Slash and Burn is a triumph from beginning to end, truly extraordinary in style and scope, its simmering narrative swelling towards an emotional conclusion.

Juan Pablo Villalobos, I Don’t Expect Anyone to Believe Me, translated from Spanish (Mexico) by Daniel Hahn (And Other Stories, 2020) 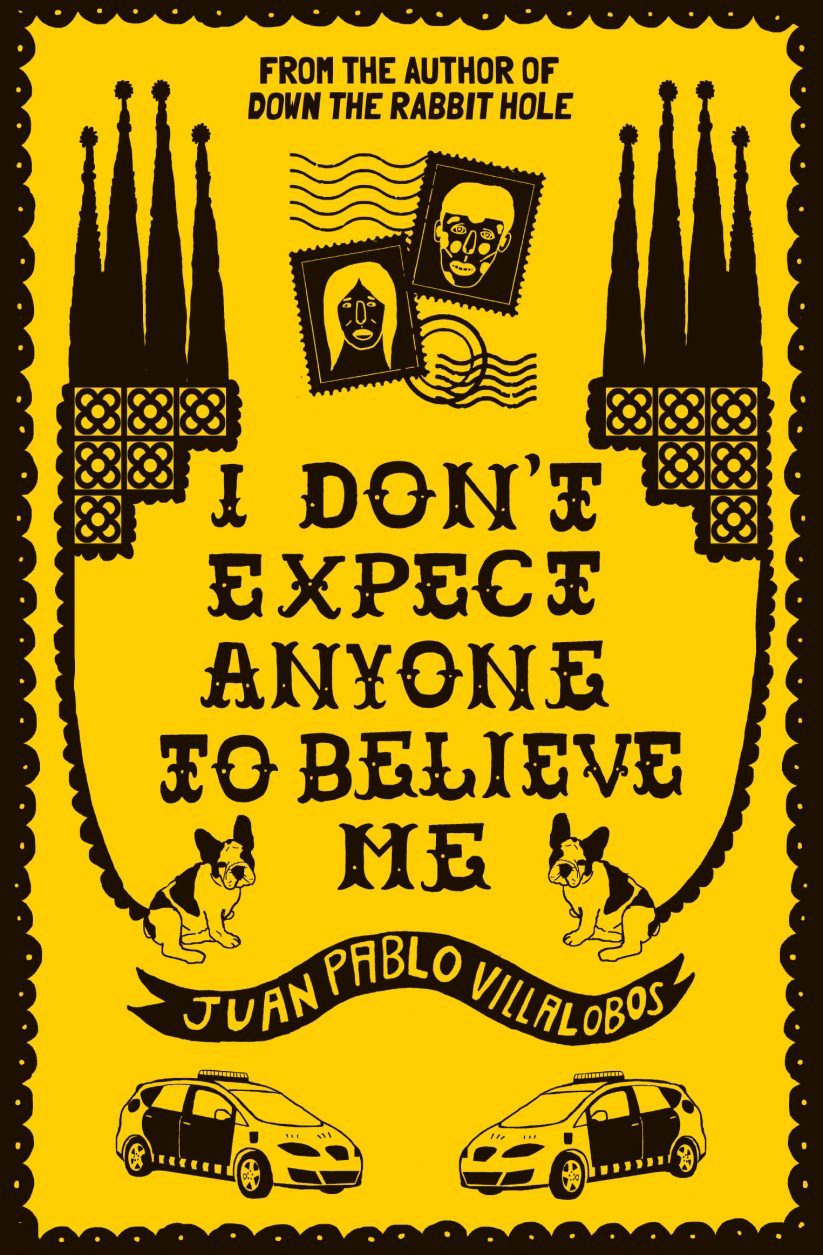 My next recommendation is also published by And Other Stories, and is about as different from Slash and Burn as you could imagine, but equally brilliant. I Don’t Expect Anyone to Believe Me is a gangster-crime-campus-novel from Mexican author Juan Pablo Villalobos: equal parts hilarious and horrifying, it is translated with sublime deadpan humour by Daniel Hahn.

Juan Pablo is a hapless doctoral student from Mexico who gets caught up in a gangster underworld that takes him to Barcelona, where he is tasked with making the (lesbian) daughter of a high-ranking official fall in love with him. If he fails in his mission… well, this is a gangster underworld, so you can imagine the stakes. He might meet the same fate as the would-be-entrepreneur cousin who got him caught up in this mess in the first place (let’s just say it was a closed coffin).

From the first page I laughed out loud: “When I arrive, there are three of them there, plus my cousin. All with dark fuzz on their upper lips (we’re sixteen at this point, maybe seventeen), faces covered in spots oozing a viscous yellowish liquid, with four enormous noses (one apiece)” – it’s the “one apiece” that got me, and this kind of humorous parenthesis continues riotously through the entire novel – even when brains are splattered across basements and mistaken identity has fatal consequences. There are some hilarious send-ups of cultural stereotypes (“you know what Catalans think when Barça’s five-nil up? That the other guys are about to bring them to a draw”) alongside serious indictments of corrupt western regimes (“We’re giving him the opportunity of a lifetime, if he makes the most of it he could end up as a minister, or president of the autonomous government, if that’s what he wants, or rather if that’s what we want”), epistolary appearances from a neurotic mother and a dead relative, and a severe case of dermatitis nervosa.

The story is engaging and the storytelling wickedly funny, but it was the ending that absolutely knocked me for six: I have a no-spoiler policy here, so all I can say is read it and watch out for those final three chapters, and how different threads fall away until… well, until you’re left with an unexpected voice and an unpredictable ending.

Like Slash and Burn, I Don’t Expect Anyone to Believe Me is followed by an exceptional translator’s note. Hahn dissects knotty translation problems with a sardonic humour: this translator’s note is as glorious as the novel itself. I read and re-read it, and then pored over page 243 (there’s a challenge, readers, and I dare you to pick up the gauntlet). Brimming with black humour, self-deprecating irony and surreal shenanigans, I Don’t Expect Anyone to Believe Me is simultaneously witty and dark, an escapist read that will stay with you after the laughter has faded.