Grove is a story of mourning: the narrator has recently lost her love, and travels to places both familiar and unfamiliar to her in order to work her way through her grief. She visits cemeteries and attends unnoticed the funerals of strangers, observing death and the mourning of others as a way to cope with the pain of her own loss. She notices grief where it might previously have gone unobserved, underlining how loss can change everything in our perspective on the world. The narrator becomes herself like the herons she observes at one cemetery: “guardians of the dead who kept watch at a proper distance, unobserved attendants to the gathered mourners.” 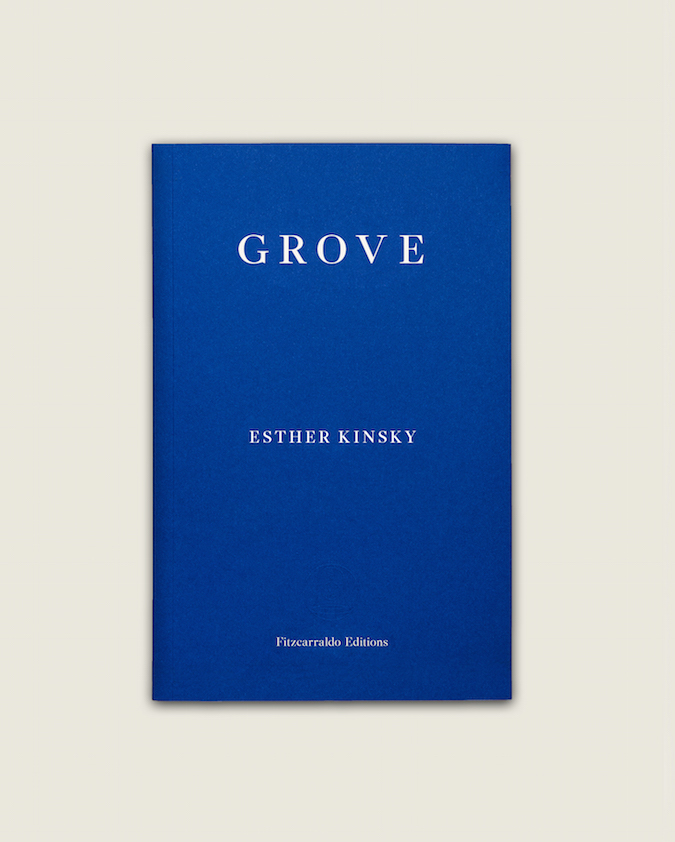 This kind of voyeuristic introspection (I know that sounds weird – it’s the best description I can come up with) wasn’t the highlight for me, though; I responded much more viscerally to the narrator’s intermittent references to her own mourning. There are plaintive comments that describe grief vividly and yet without melodrama: it is acknowledged that there is “no consolation in bereavement”, and that an insurmountable loss makes things that once were simple seem impossible: “Each morning I had to learn everything anew”. Similarly, the instinctive connection between memory and objects is sensitively detailed (“For years these memories were stored somewhere in my head and now they surged up only because here, at this place, I came across the missing negatives that must have been tucked away in the unused side pocket for a long time”), as is the way in which memory changes over time: “As time passed after my father’s death, he became even smaller in my mental picture of this walk along the river, and his suitcase ever larger, into which he had stuffed who knows how much of his life that he had never found a name for.” These glimpses of the narrator’s own emotion were the parts that really appealed to me in this otherwise understated narrative of grief.

The translation by Caroline Schmidt is stylistically beautiful, capturing the wistfulness and the precision of the narrator’s observations. In particular, the descriptions of nature regularly contain a single descriptive verb that makes it clear how well Schmidt has “got” this narrator: “Scattered cyprus saplings buckled over, as if in pain”; “A violent thunderstorm broke the heat that had crouched above the landscape.” There is no dialogue in Grove, or overt interaction with other characters in the present; the narrator speaks very formally (objects are weighted “qua testimony”, a town sits “atop” a hill), and there are occasional arcane phrases (“a languid summer that augured ill”) and uses of syntax (“idle lists of a forlornness that knows not what to do with itself”). This lends a gravity and formality to the narrative that is maintained admirably by Schmidt, whose translation also includes plenty of references to nature that I didn’t recognise even in English (a red-backed shrike creaks in a bush, while cliffs form tuffs on the coastline and a water ditch is lined by canebrake). I always like learning new words, and Grove was certainly the book for that. While it wasn’t “my” kind of book, it did make me think about myself – specifically about how we have to listen to what other people need us to be when they’re sharing their pain. I may not have felt a close connection with the narrator, but that doesn’t necessarily mean that the shortcomings are with her.

This short essay from Les Fugitives is the second offering from Jean Frémon and Cole Swensen and, like the first, represents a kind of homage to Louise Bourgeois. 2018’s Now, Now, Louison was a fictionalised biography of Bourgeois by Frémon, who was a friend of hers, and Nativity features five original pieces of art by Bourgeois that she painted in watered-down gouache to accompany this reflection by Frémon on the representation of Jesus in art. 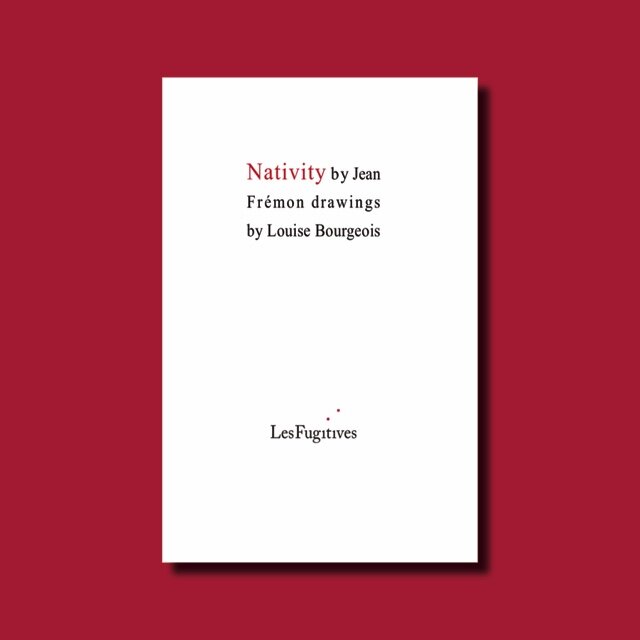 Frémon’s focus is on a painting being commissioned hundreds of years ago: the fictional painter is given the task of painting “a large Nativity on a single panel” for a palace chapel, and must succeed in representing divinity made incarnate. The painting is not solely for decorative purpose: it should not only inspire those who already read the Bible, but also serve as an instruction those who cannot read and write. His artwork must, therefore, make it clear that the baby in the painting is the son of God. Traditional depictions of the baby Jesus achieve this variously by painting a golden aura radiating from him to show that he is no ordinary child, revealing his mystery in the awe-filled faces of those gathered around, or filling the tableau with angels and kings to demonstrate the significance of his birth; this painter decides instead to dispense with the swaddling clothes, believing that the key to showing the child’s divinity lies in his nakedness. This is also, of course, the most basic sign of his humanity, thereby instructing all those who view the painting that the son of Mary is also the Son of God.

Frémon discusses the Nativity analytically, and Swensen translates with great poise, subtly communicating two key things in particular: firstly, that Frémon’s decision to focus on a painter and his mission brings something very personal to the history encompassed within this short essay and secondly, that the women are notable by their absence. The painting is commissioned by a man, of a man, about the Son of Man, but the illustrations offer a different perspective. The five paintings by Bourgeois are made up of red brushstrokes, and depict the more human side of the Christmas story: a child swelling in the womb, a birth, a hungry newborn.

In four of the five paintings, the mother is as present as the child, and these invite as much reflection as Frémon’s prose. Heavily pregnant, she has just undertaken a gruelling journey, and then gone into labour and given birth in a stable. While I entirely understand the focus on the child – whether divine or human – it’s the depictions of Mary that I’m always drawn to, and they could easily have been absent from this essay just as they are absent from much discourse of the Nativity. The artwork by Bourgeois fills this void: among other images, she traces in blood-red strokes a view such as the one that Joseph – as de facto midwife – might have had.

The reflections are compelling and lucidly composed; in contrast the representations offered by Bourgeois are carnal, showing that for all the divine wonder of the Nativity, it is also the story of a first-time mother giving birth in extraordinary – and probably terrifying – circumstances. At the start of the essay, the canon commissioning the painter explains that “we depend on the imagination of painting to prove reality”, and the prints by Bourgeois do exactly that: this is an distinctly humanised view of the Nativity, and an interesting alternative Christmas story for you to seek out this year.