This is the Charco book I was most looking forward to this year (and, if you know my love of Charco Press, you’ll know this is no idle hyperbole). Elena Knows is Charco’s first publication by Argentinian crime writer Claudia Piñeiro, and follows a single (and very long) day in the life of protagonist Elena as she treks across Buenos Aires in search of help solving the mystery of her daughter Rita’s death. 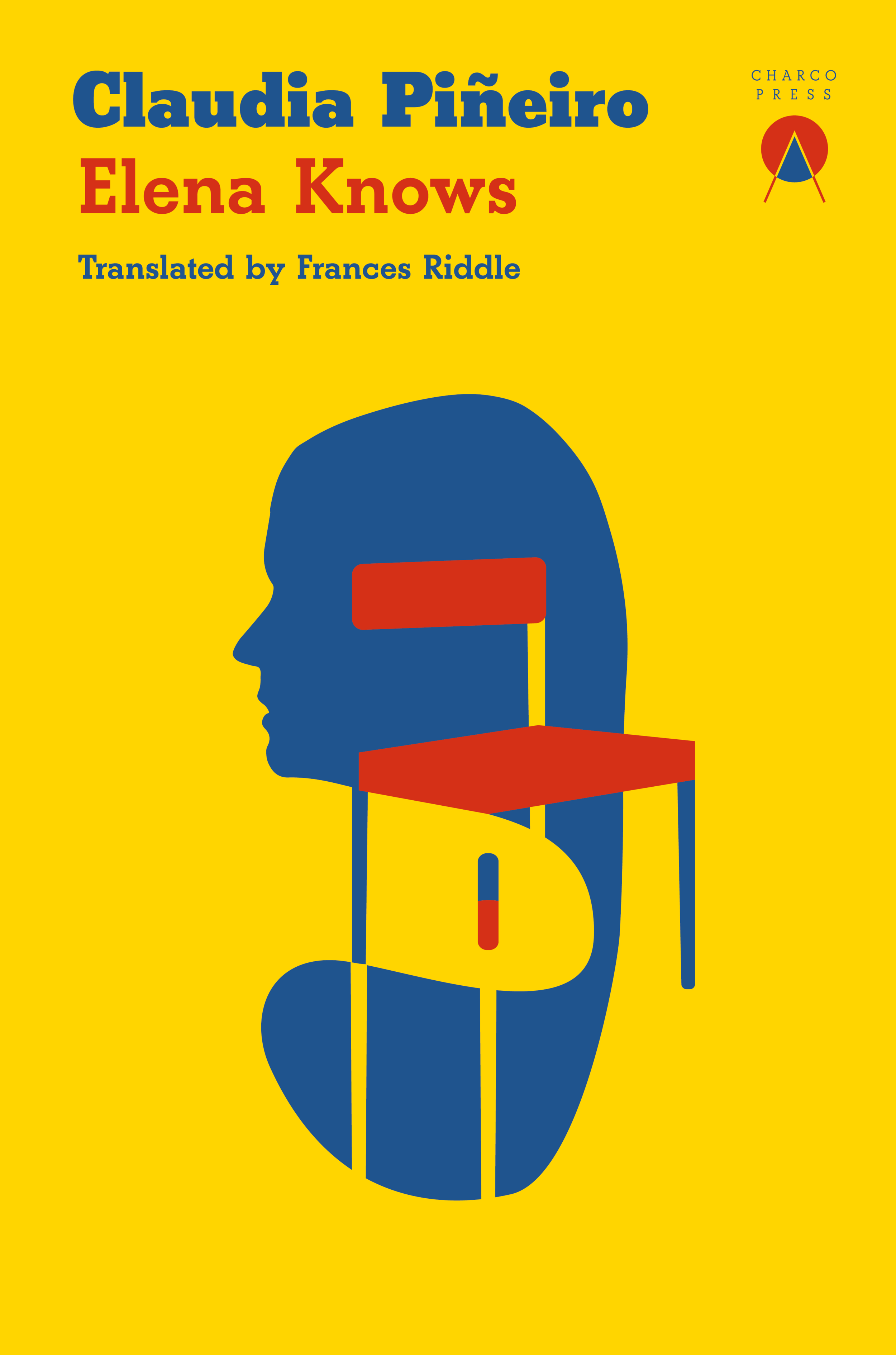 Rita had been found hanging from the belfry of her local church, and the case has been closed as a straightforward suicide. But Elena knows that it couldn’t have been suicide, because it was raining on the day of Rita’s death and Rita was deeply superstitious about never going to church in the rain: “But it was raining. She’s the mother, and it was raining. That changes everything.” This fact, dismissed by the police, is one of many things that Elena knows, yet everything that she is so certain of will become destabilised in the course of the narrative, as Elena learns painful truths about her daughter, and realises how much she doesn’t know.

So yes, Elena Knows is crime fiction, but in many ways assigning it to a genre does it a disservice. It is so much more than a mysterious death: it is an unflinching exploration of aging and illness, of the Catholic church and the way it uses its influence in Argentina, and of the multiple ways women’s bodies are controlled.

Elena has Parkinson’s disease, and every step she takes in her quest costs her an immeasurable effort; every moment is counted according to the length of time since her last pill, and how she becomes less in control of her body as the effects of the medicine wear off. It’s quite rare to cast as protagonist an elderly widow suffering from a debilitating illness, and the way in which Piñeiro describes the ordeal that Elena experiences when attempting the most basic physical tasks is perfectly observed: what should be a relatively simple journey becomes an arduous task for a body that simply will not do what the brain tells it to. Every moment of every day is a struggle against an illness that is ravaging Elena’s body, leaving her helpless and drooling inside a carcass that feels alien to her.

But don’t think for a moment that we’re supposed to pity Elena, beyond basic human empathy for her infirmity and her bereavement. She is objectively a rather unpleasant protagonist, convinced in her dogmatic beliefs that what she knows equates to objective truth, and in her own way just as complicit in the continued repression of women’s bodies as the (few) men in the narrative. When Rita fails to provide her with a grandchild (“her duty to the species”), she subjects her daughter to a humiliating and invasive medical examination to check she has a womb, and the object of her quest is to call in a favour that amounts to using another woman’s body to carry out the investigative tasks that her illness prevents her from fulfilling.

So now perhaps you pity Rita, for the abject humiliation inflicted on her by her mother, and by a society that deems her not to be fulfilling her basic role as a woman? Or for the way in which she is cast unwillingly into the role of carer for her cantankerous and drooling invalid mother? Yet Rita too exercises a dogmatic control over another woman’s body, so convinced of her own rightness that she fails to see that what she considers as “saving” an unknown woman from making a terrible mistake (or, as it is presented within the context of religious dogma, committing a mortal sin) actually condemns that woman to a life she did not want.

So this story is as much about the lives of its characters as it is about understanding the truth of Rita’s death. It is also a masterpiece of storytelling, contained within the limits of one day in an expert representation of the hundreds of thoughts that go through a mind every minute when we react to surroundings and memories, and all the ways in which our minds jump from one thing to the next. It is a subtle yet breathtaking exposure of the prejudices against women, age and illness, and a fierce indictment of everyday sexism and the ways in which women’s bodies are controlled and manipulated by using religious teaching as justification for gendered restrictions. Indeed, the resolution to the mystery surrounding Rita’s death eventually seems less important than the veil lifted from Elena’s eyes when she finally “knows” the truth she has been seeking.

For the most part, Frances Riddle’s translation is everything I would have expected it to be. A regular Charco translator, I’ve waxed lyrical about her translations of Carla Maliandi’s The German Room, Andrea Jeftanovic’s Theatre of War, and my personal favourite, though (shockingly) I’ve never yet reviewed it here, Gabriela Cabezón Cámara’s Slum Virgin. Perhaps because I am so used to Riddle’s flawless translations, I noticed a very occasional choice that felt a little odd, but I feel it’s almost unfair to point them out as I’m pretty certain I only noticed them because I wasn’t expecting them. The vast majority of Riddle’s translation is excellent, though, with sensitivity to pace, register, context, and the tone that always questions yet never moralises. As I read back over my notes to write this review I realised that there is so much I haven’t even begun to touch on, such is the richness of the storytelling and the breadth of topics covered within one day of one woman’s life. Elena Knows is an unmitigated treat; I recommend it unreservedly, and can’t wait for more from Piñeiro.